The Ulysses S. Grant National Historic Site (ULSG) in St. Louis, Missouri, preserves and interprets the lives of Ulysses S. Grant, his wife Julia Dent Grant, and the thirty enslaved African Americans who were owned by Julia’s family and labored at her childhood home, White Haven, in the years before the American Civil War. Although the 1989 legislative mandate from Congress establishing the historic White Haven estate as a unit of the National Park Service only requires the agency to preserve and interpret Ulysses and Julia’s lives, the park’s interpretive staff has consistently incorporated the story of White Haven’s enslaved people in its educational programming. 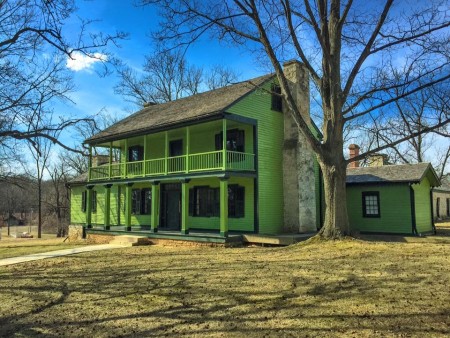 Interpreting slavery within the contexts of the White Haven family dynamic, the state of Missouri, and the United States as a whole during the antebellum years is a tall task not easily accomplished in a public history setting like ULSG, where ranger-visitor interactions often occur in short duration and the primary sources that shed light on the story of the enslaved people at White Haven are scarce and fragmented. Nevertheless, the slave labor that built and preserved the home, cooked the food, and tilled the land was essential to the financial success and stability of a high quality of life for the white families who lived at White Haven. Telling the stories of White Haven’s enslaved people allows for a more comprehensive and historically accurate experience for visitors to ULSG. And so it was with much excitement that a number of interpreters at ULSG participated in a webinar hosted by the American Association for State and Local History (AASLH) and Kristen L. Gallas about interpreting slavery at historic homes. What follows are three major takeaways I obtained from my experience participating in the event.

1. The relatively new concept of affective equality was introduced as an important component of good historical interpretation about slavery. Affective equality calls for public historians to develop emotional connections and build empathy for all historical persons at a given site in an equal fashion, and not just for the white planter class. As E. Arnold Modlin, Derek H. Alderman, and Glenn W. Gentry argue in a 2011 article in Tourist Studies, affective inequality occurs when historic sites develop “emotionally evocative accounts” of the planter-class family while referring to enslaved experiences in factual, quantitative terms, such as mentioning that X number of slaves worked at a given site without further elaboration or emotional connection. While the acknowledgement of slavery at more historic plantations and homes throughout the country is a welcome development in public history practice, interpreters should push to make stronger emotional and intellectual connections with visitors about the slave experience in America. Speaking about slavery in factual terms is merely one step towards the larger goal of achieving affective equality with visitors.

2. There was a strong emphasis on thinking about the racial identities of both visitors and interpreters at historic sites, and “who gets to tell the story.” I was struck by the number of participants who expressed their discomfort as white interpreters giving tours about slavery, particularly when people of color are in the tour group, and Gallas herself recounted a instance when she felt like she was not entitled to tell a story about slavery during one of her tours. This is, for me, a dicey situation to untangle. On the one hand I recognize that my status as a white man in an official NPS uniform will shape visitor perceptions about my interpretive tours—whether I like it or not—as I tell the stories of enslaved African Americans. But on the other hand, I have attempted through years of study and visitor interactions with people of all colors to talk about slavery openly, honestly, accurately, and with humility.

Who gets to control the narrative and tell the story? Some would say that only the ancestors of a given racial or ethnic group have control of the story (in which case public history organizations like the NPS that have a majority-white workforce would have a tenuous ability to properly interpret U.S. slavery at historic sites and battlefields). Meanwhile, others might argue that since slavery is central to understanding the American experience as a whole, all Americans should have a say in shaping society’s collective understandings of the institution in the spirit of appreciating multiple perspectives and seeing oneself in American history. I don’t have an answer to this question, but it’s something I think about constantly as I try to meet people where they are with their interest and understanding of the history of U.S. slavery

3. It became apparent to me fairly quickly that the webinar solely focused on interpreting slavery to adult audiences, not student groups in a K-12 or family setting. This focus is flawed but indicative of what I consider a larger problem within the field concerning a lack of critical discussion about the best strategies for interpreting slavery to young people of all backgrounds. I often struggle with establishing a vocabulary for interpreting this history in a way that allows me to establish an accurate picture of slavery that is nuanced and thoughtful while simultaneously clear and accessible to young people. A cursory glance of the National Council on Public History’s quarterly publication The Public Historian and AASLH’s digital Resource Bank yielded next to nothing in terms of resources for working with students in this context. Moreover, while historians and popular media are quick to criticize books such as Ramin Ganeshram’s A Birthday Cake for George Washington and educational programs that distort the realities of slavery (and rightly so), there is room for us to work together to find practical solutions that historic sites can use throughout the country to facilitate better interactions with students about slavery.

I was glad that we at ULSG had a chance to participate in this webinar, and I look forward to hopefully participating in more AASLH-run activities in the future. 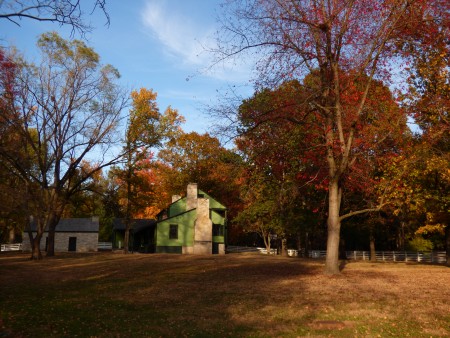 Nick Sacco is a public historian and Park Guide with the National Park Service at the Ulysses S. Grant National Historic Site in St. Louis, Missouri. He received his master’s degree in history from Indiana University – Purdue University Indianapolis (IUPUI) in 2014 and regularly blogs about history at his website, ‘Exploring the Past‘.”