5 Ways to Get a Woman Out of the Kitchen

5 Ways to Get a Woman Out of the Kitchen

When I first came to the Doak House Museum in Greeneville, Tennessee, one of my first tasks was to learn the tour script. The couple who built the home in 1830 were strict Calvinist Presbyterians – Rev. Samuel Witherspoon Doak and his wife Sarah McEwen Doak. The tour script covered Rev. Doak’s education, teaching career, ministry, the ledgers he left behind, and family folklore. Mrs. Doak was mentioned only in relationship to the 13 children she bore. 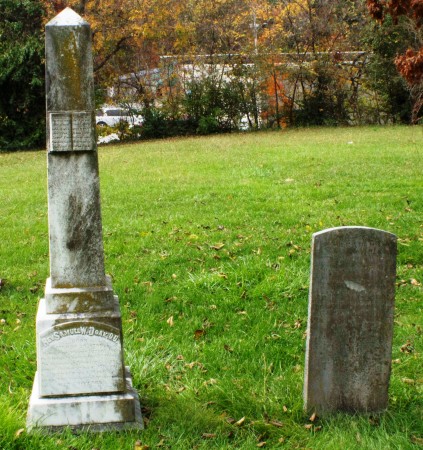 The gravestones of Mr. Doak (left) and Mrs. Doak (right).

Mrs. Doak was portrayed as a baby factory and little else.

Very little is known about Sarah Doak, really. No portrait of her has been identified. She left no journals behind. We don’t even know if she was literate. Some groups, particularly younger children were led to believe that all 13 children survived childhood, living at home together the entire time. In reality, by the time the home was built, Mrs. Doak was 20 years into her marriage and her oldest child was already on his own.

How can we interpret her life with a measure of fairness? How were we to give her equal time in the tour script? Despite the lack of historical data on her specifically, there were other pieces and clues in the history that we could use to find her.

Here are five things you can do to build a more complete picture of a seemingly invisible woman and get her in your tour script:

Using the dates of her birth, marriage, births of her children, deaths of the three that perished in childhood, and her death date, we constructed the outline of her story. She married at 16, gave birth to her first child at 17 and continued childbearing until the age of 46. Simple math allows us to draw likely conclusions, and create a more relatable figure. The intervals between births suggests that she was breast feeding her children at least 12 months, likely 24 months and beyond. We know she was still in her teens when she had to cope with losing a baby in childbirth.

2. Read Something Somebody Else Left Behind

Journals and letters of contemporaries provide interesting context and can recreate the period. Of particular help in this case were the early 19th century journals of Rev. Charles Coffin, an itinerant Presbyterian preacher who traveled extensively in the region and boarded with families along the way. One year’s journal yielded dozens of entries where women are mentioned other than in passing (indicated by the red tabs in the photo below). Coffin writes frequently about theology discussions he engaged in with his hostesses. He writes of congenial evenings in the company of educated and erudite women. The language he uses suggests he valued women’s company, opinions, and spirituality. As a prominent religious family in their community, the Doaks (and Sarah) would have rubbed elbows with these types of people. 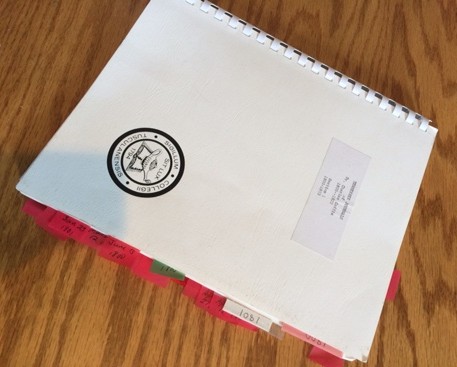 3. Go to the Academics

We can also look to the general shape of American thought using academic journals and historiography, settlement patterns, and a host of historical knowledge about similar women’s lives. For example, Sarah Doak fits into the timeframe of the Republican Motherhood theory, educating women for the sole purpose of raising good male citizens. However, new research indicates that other reasons for educating women existed.

A 2015 Journal of the Early Republic article by Margaret A. Nash, “Rethinking Republican Motherhood: Benjamin Rush and the Young Ladies’ Academy of Philadelphia,” shows that women were educated for other reasons. In addition for the responsibility of raising new citizens, Benjamin Rush recommended educating women because they were essential members of the community, needed to be the guardians of their husband’s property, had to teach the children because fathers were unavailable, and to handle the servants.

Like the Doaks, Rush was a Calvinist Presbyterian, and the words of and actions of Calvinist thought leaders are quite useful when constructing context for Sarah.

The architecture and surviving original furniture at the Doak House suggests a few things about the family’s living patterns and aesthetics. For example, the kitchen has a symmetry and functionality to it. As the homemaker, we can presume Mrs. Doak would have designed a practical kitchen when the house was under construction. Additionally, Mrs. Doak’s chamber was centrally located on the ground floor, opposite Rev. Doak’s. She would have been at the heart of the house’s daily activities and comings and goings. 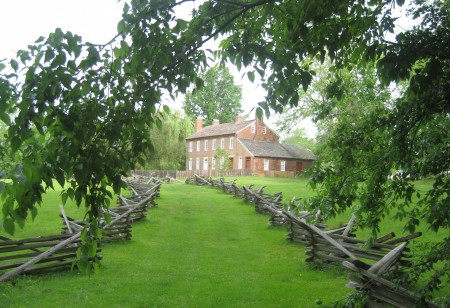 Archeological evidence found at 3 digs on the site yielded pottery, size and location of the property’s outbuildings like the privies and barn. Pottery shards show a mix of plain practical brown ware and more refined Leeds dinnerware. The simple but pretty dishes reflect the aforementioned restrained aesthetics of the owners, and the type of china patterns Mrs. Doak was purchasing and using. 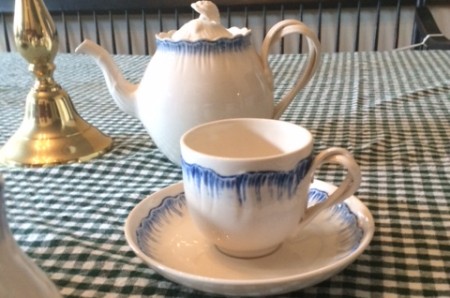