Leadership is leadership, but an argument can be made that being the leader of a small museum requires a special set of leadership characteristics.

Leaders who excel in the small museum environment typically are: 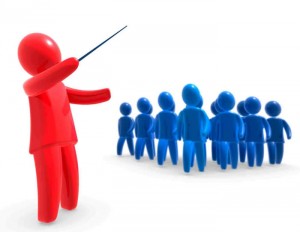 We truly believe small museum leaders are special – their skills and energy levels are unrivaled. Are there other characteristics that we should add to this list?

And, hey, the next time you talk to a small museum director, tell them how awesome they are.

Working in museums for nearly 20 years, Cinnamon Catlin-Legutko has been a museum director since 2001. Cinnamon became CEO of the Abbe Museum in Bar Harbor, Maine in 2009. Before that, she was the director of the General Lew Wallace Study & Museum in Crawfordsville, Indiana, where she led the organization to the National Medal for Museum Service in 2008.

Stacy Klingler currently serves local history organizations as the Assistant Director of Local History Services at the Indiana Historical Society. She began her career in museums as the assistant director of two small museums, before becoming director of the Putnam County Museum in Greencastle, Indiana. She is past chair the AASLH’s Small Museums Committee (2008-2012) and attended the Seminar for Historical Administration in 2006. While she lives in the history field, her passion is encouraging a love of learning in any environment.