An Illuminating Proposal: How a Small Museum Saved Big by Going Green

An Illuminating Proposal: How a Small Museum Saved Big by Going Green

Waving a sheet of tablet paper covered with figures, Ted Yahraus came into our small museum one day in March and said, “I’ve figured out how the museum can save around $18,000.”

He had my full attention. Ted had retired from a commercial lighting business before beginning to volunteer at the museum. Eight years earlier, when we moved our young museum into a former drugstore, he had wrangled the donation of all the tracks, flood and spotlights we needed. He installed the fixtures and continued to drop in to check and adjust the lighting. 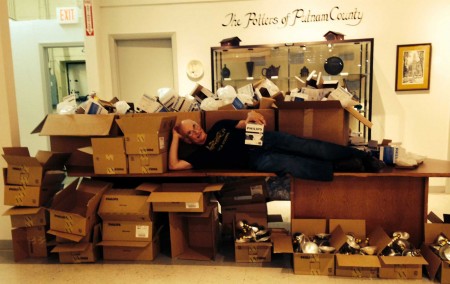 Ted with the new lights

To save all that money, he explained, we needed to replace 150 halogen flood and spotlights with LED lamps. With LEDs we could save about $1,343 per year. They would generate less heat and less UV light – plus they could last for 16 years.

My heart sank. Our budget couldn’t spare that much, even if the new lamps paid for themselves in about 2-1/2 years, before going on to save $18,000. I filed Ted’s calculations under “Wants & Wishes.”

A few weeks later, Liz Bjordal, one of our interns from DePauw University, asked if there was anything the museum wanted. She explained that she wanted to give something back to the museum before graduating and told us about the university’s internship program and its community grants program. I gave her Ted’s figures. Liz partnered with interns from the university’s sustainability group and wrote a grant application. 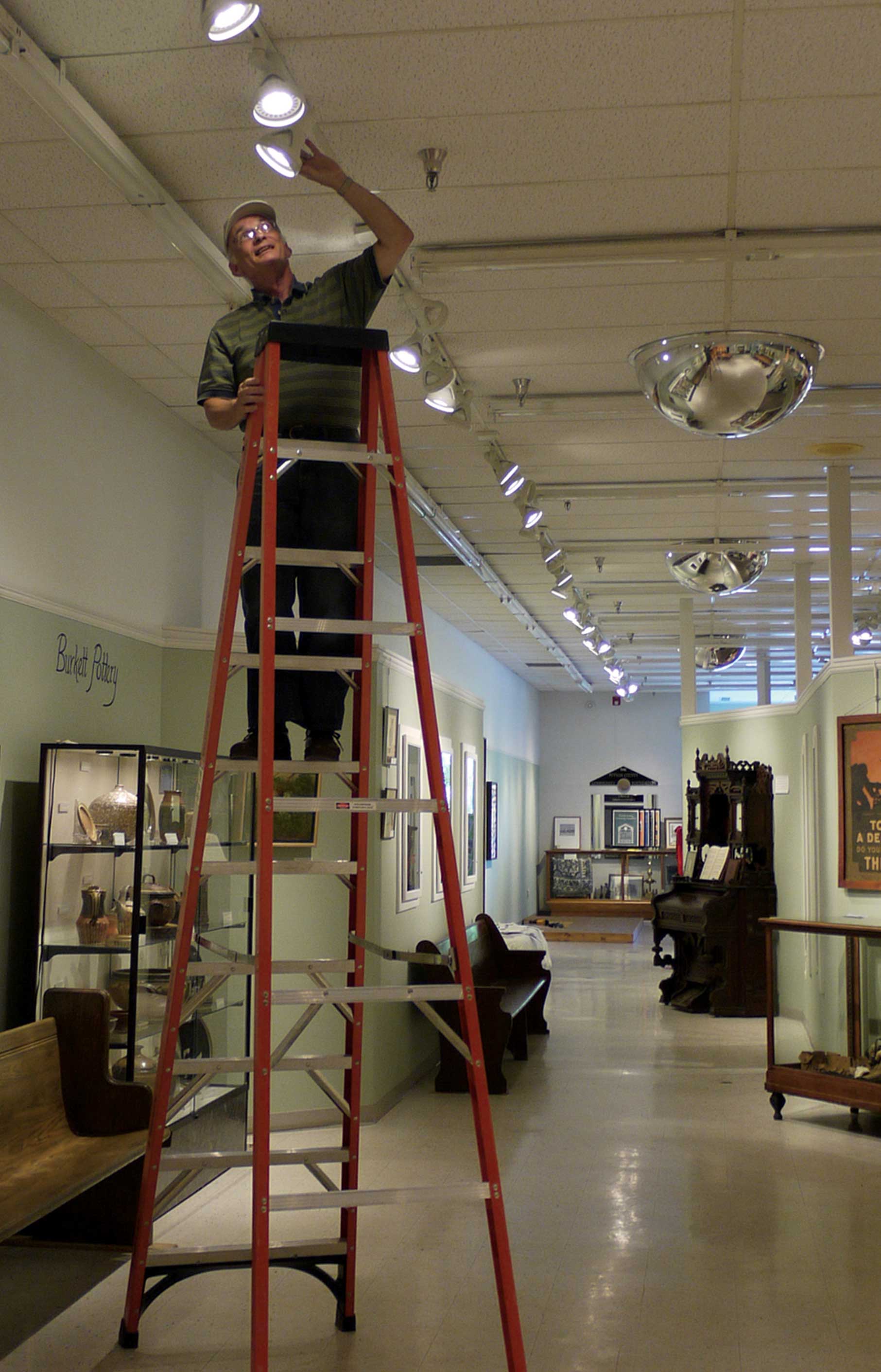 By the end of May, we had a check for $3,500 to purchase new LED lights. Ted negotiated a special price from a local wholesaler. Over the next two weeks, he was up and down the 14-foot ladder more than 150 times to install the bulbs.

When the June bill arrived from Duke Energy, I was confused. The bill was $344 lower than the previous June’s electric bill, and the lights had only been in for about two weeks. I attributed it to cooler weather.

The next month, we saved nearly $500, which was more than half of what we paid the previous July. After only two months, we’d already saved more than $800!

We issued a press release that made front-page news in the local paper under the headline “Museum Saves by Going Green.”

The newspaper article prompted a call from a friend of the museum, saying that Duke Energy was offering an incentive program in Indiana. She had called Duke and explained our situation. Even though the lights had been paid for with grant money, we were still eligible. We applied for and received a check for $1,589 a few weeks later.

Since hearing our story, other organizations – including a midsized distribution facility and the community foundation – are reportedly going green,.

In her grant application, Liz had written, “For artifacts such as clothing, quilts, paintings, some photographs and even early publications, exposure to intense light is comparable to being run through a dishwasher.” We borrowed a UV meter and took readings around the museum. Throughout the main exhibit hall, the meter registered zero UV light.

Ted, though, was wrong about one thing: it didn’t take 2-1/2 years for the lights to pay for themselves. In less than six months, we’ve saved $1,934 on electricity.

Even if our LED bulbs hadn’t been donated, they would have paid for themselves after 5-1/2 months with the Smart $aver grant from Duke Energy.

Katherine Newkirk is Executive Director of the Putnam County Museum in Greencastle, Indiana.