Are Religious Objects Controversial? You bet! Learn How to Address Them in Louisville

Are Religious Objects Controversial? You bet! Learn How to Address Them in Louisville

As I browsed the preliminary program for the 2015 Annual Meeting in Louisville, Kentucky, the session “Controversial Objects” caught my attention. If you have any religious/controversial objects at your institution, I recommend attending this session.

Erica Ward, Archivist, Research and Support Specialist, at The Mayo Clinic and chair of the session was kind enough to provide a preview of the session.

Museums often encounter controversy surrounding the artifacts in their collections. Standardized collection display, processing, and handling methods common in American museums can pose problems to religious, Native American, and colonial objects, among others. 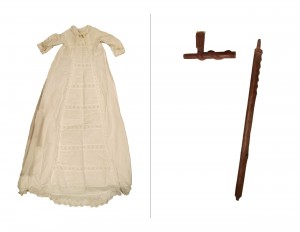 During the session Controversial Objects, speakers will discuss their experiences interpreting and caring for artifacts that have courted controversy, as well as some strategies for parsing the cultural, social, and personal issues that often accompany collection objects.

The session will also feature a discussion period for attendees to ask questions and share their own experiences with controversial objects. Attendees are encouraged to bring their own questions and stories.

Controversial Objects is scheduled for September 19th from 10:45 am to 12:00 pm. Please see the 2015 AASLH Annual Meeting schedule for room information.