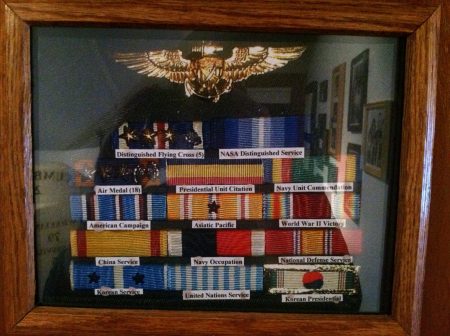 Identification of the military decorations John Glenn earned as a Marine Corps pilot and astronaut, 1943-1965. Photo courtesy of author.

The John and Annie Glenn Museum in New Concord, Ohio has on exhibit one of John Glenn’s Marine Corps uniforms.  Glenn, the first American to orbit the earth (1962) and a U.S senator from Ohio (1974-1999), was a Marine from 1943 until he retired from the Corps in 1965 and is a combat veteran of World War II and Korea.  Next to the uniform is a photograph of his ribbons, decorations, and insignia, each helpfully labeled so that the visitor can follow Glenn’s record of service.

Many local history museums in my state have displays and exhibits of military uniforms, yet very few are described to the level of detail of Col. Glenn’s.  How can you find information about the insignia on your museum’s collections?

This edition of “Ask Field Services Alliance” lists some resources that we’ve used to decipher military insignia—called “heraldry”–found on United States military uniforms in the century since World War I, a time well-represented in local history museum collections. 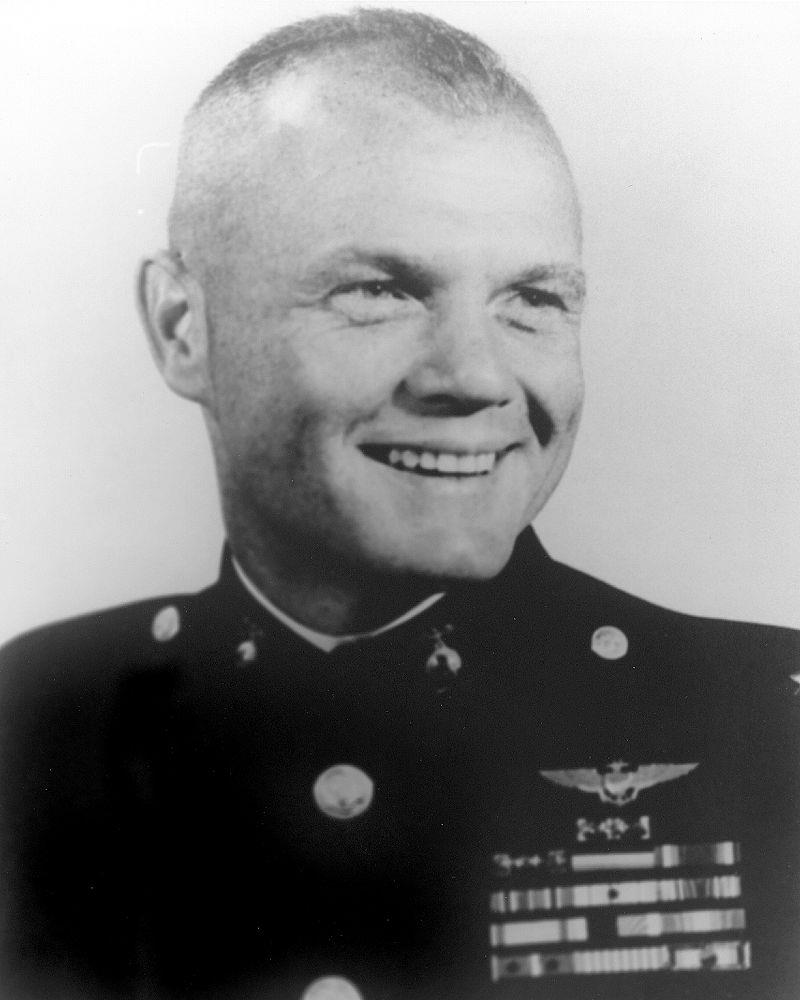 The service branches explain the criteria for their decorations and awards.  Examining these will help you piece together the story behind yours, if you don’t already have access to the commendation granting the honor and / or the story first-hand.

This list is not exhaustive, but is a good start.  We hope these resources prompt a closer look at the military uniforms in your collections and inspire new efforts to share the stories of service, bravery, and sacrifice that these artifacts can help you tell.  We welcome your comments!

To learn more about the John and Annie Glenn Museum, which became a member of the Ohio History Connection’s site network in August 2016, visit johnglennhome.org.

One of John Glenn’s Marine Corps uniforms, displayed at the John and Annie Glenn Museum. A photo identifies each of ribbons over the right breast pocket. Photo courtesy of author.

The Field Services Alliance (FSA) is an organized group of individuals, offices, and agencies that provide training opportunities, guidance, technical services, and other forms of assistance to local historical societies, archives, libraries, and museums in their respective states or regions. Learn more here.