Among my little circle of friends, the last year has been quite the baby boom—three close friends added little ones to their families. Aunt Melissa is thrilled to have another nephew and two nieces to spoil. But these three have had very different pregnancy and maternity leave experiences. My two museum friends have had some truly unsettling experiences and I’m wondering if it isn’t time to start a larger conversation about motherhood at small museums. Of course, it’s easy (and safe) for me to start the conversation, since I don’t have any children of my own.

The first baby arrived well before his due date and spent months in NICU. His mom works for a major corporation, and I was truly impressed with how flexible they were as she struggled to balance spending as much time as possible 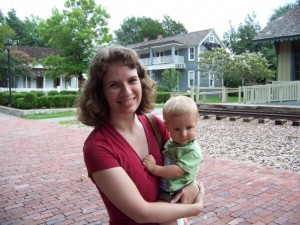 At the museum with one of my nephews. His mommy doesn’t work at a museum–and now this kiddo is in 1st grade!

at the hospital with him and the need to keep working. They let her work at home and made sure to assign her less time intensive projects. By doing this, she was still able to take maternity leave when he finally came home from the hospital. It’s been a year of miracles for him–he just celebrated his first birthday. And though she’s had plenty of stress, very little of it was caused by her employer.

The Small Museums Experience: Part One

Then there’s my friend who runs a small museum. She had been there less than a year when she announced her pregnancy. Her board’s initial reaction was shock and then dismay by a few, in part because her due date was around the same time as a big event. Some board members remembered to congratulate her, but the board chair was visibly upset at her announcement.

And then the fun really began. Following her announcement, several members of the board treated her like she could no longer do her job and began insisting on forming new committees so they could “manage” aspects of her job. They also began requiring additional reporting about standard operating procedures. This was not something they ever required with the previous two directors (one male and one female) who were not pregnant while they worked here. 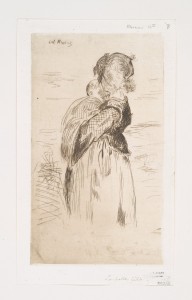 Board members also felt comfortable leaving hints or tips on how to balance being a Director and being a mom. Several months prior to her leave a board member asked if she would be taking 3 or 6 weeks; she told her she would be taking the full amount of leave—12 weeks. The same board member later gave her a newspaper article talking about how connected women should stay to work during maternity leave. Questions were also raised about her plans for breastfeeding.

When she returned, the comments about breastfeeding continued. But my personal favorite was when a board member remarked how fortunate it was that her office was upstairs. After all, going up and down the stairs multiple times a day would help her take off all of that pregnancy weight.

This final comment was not said directly to her, but was shared by a person who was present when it was said – someone with the organization said it was irresponsible of her to get pregnant when she hadn’t even been working at the museum for a full year. They knew when they hired her that she was getting married 6 months later so it shouldn’t have been out of the realm of possibility that she might at some point start a family. And it certainly shouldn’t matter.

Throughout her pregnancy, she was made to feel by some members of the board that she intentionally timed her pregnancy to coincide with the museum’s big event so as to cause the greatest amount of inconvenience to the organization. Now that she’s back, the questions and comments have continued. Her relationship with the board has deteriorated dramatically and much of it can be traced back to concerns related to her becoming a mom.

And then I started hearing an almost echo from another small museum friend. The challenges for my other friend didn’t begin until she went on maternity leave. Her new boss started just a few days after she gave birth, and so she didn’t have an opportunity to meet the new Executive Director before she went on leave. Though the timing was less than ideal, it still doesn’t explain her experience.

The day after she got home from the hospital, she was asked how she intended to cover the days she took off “early” since her daughter came before her due date. It was a difference of two business days. She was also informed she couldn’t use sick time to cover it nor could she use any of the comp time she had accumulated over the course of the spring. 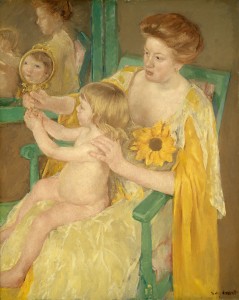 “Mother and Child” by Mary Cassatt

She was contacted at least once a business day about work regardless of the fact that she was on unpaid leave. There were days that she was easily working for six hours without compensation. Everything she put in place for her maternity leave with her former boss and the interim after him was undone by the new Executive Director within the first two weeks of her daughter’s life. She was told she had no recourse.

Eventually she said she felt like she was being discriminated against for being on maternity leave. This is possibly the only reason they honored the comp time she had accumulated just prior to her daughter’s birth. The original plan was to simply do away with it like it never happened.

She was told repeatedly that her maternity leave wasn’t fair to the other employees. She was made to feel that her coworkers felt that she was on some sort of fantastic paid 12 week vacation where she was sleeping lots and not recovering from major surgery or taking care of a newborn.

Though she did a lot to prepare for her leave (and continued to do a lot of responsibilities while she was on leave), it was somehow decided that she didn’t do anything. Or at least not enough to justify being full time. She was forced to come in while on leave (without compensation) to be given an ultimatum and ultimately told they were changing her position to part time.

Part time employees can accumulate paid time off, but it was decided that she doesn’t get to until January 2016 (despite returning to work in August 2015) because of her maternity leave. As a reminder, her maternity leave was technically “disability leave” and was unpaid.

We won’t go into the comments made about her taking so many breaks to pump. Or the guilt trip she got when she had to leave work for an hour to drop off some medication for her daughter at day care.

What Can We Do?

These are only two stories, and I’m sure there are plenty of stories of small museums adapting well to an employee’s growing family. But as a female ED that could one day go on maternity leave, I’m horrified and angry and concerned every time they share a new twist in their story. Is it just a coincidence that my two friends who have had such difficult experiences both work at small museums? Or is there a larger trend at work here? There are certainly some other stories out there about the challenges of balancing work and museum life.

However, I can’t help but wonder if our exemption from the Family and Medical Leave Act is causing some directors and boards to think that they don’t need to make any allowances for family leave. At one point, my friend was flat out told “We don’t have to follow FMLA or give you maternity leave.” On the one hand, we all have legal responsibilities to our employees. But what about doing what’s ethical? 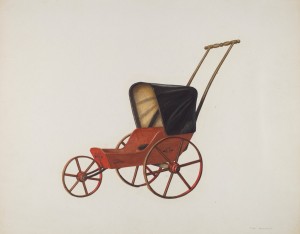 At my own institution, we’re gathering a personnel task force to look at our employee manual. There are several things we need to look at, but we’ll also be looking at creating some sort of Family Leave policy—and the experiences of my two friends are certainly informing that decision. During my 11 years here, we’ve only had one employee go on maternity leave, and she had enough sick leave and vacation leave stockpiled so our lack of a maternity leave policy didn’t impact her. Today, we have several key employees where pregnancy is a distinct possibility. In addition, we also have staff with aging parents who aren’t local. We need to make sure we craft a policy that is both cost effective for the institution, doesn’t put an unreasonable burden on the staff that pick up the slack, and gives time to employees to be a part of their family.

Does your institution have an FMLA-like policy? Do you have stories to share (good or bad) about balancing maternity leave with the needs of a small museum?

Quite frankly, I’m tired of being outraged at what my friends have had to endure. The three of us thought long and hard about sharing these stories with the larger museum community, but we all feel that this is a conversation we need to start having. If we can’t do this right in a female-dominated profession, what hope does the rest of the world have?