Bring the Boy to the Farm…

Bring the Boy to the Farm…

Firestone Farm is the largest living history site in Greenfield Village in Dearborn, Michigan. It is the boyhood home of Harvey Firestone, the eventual tire tycoon. The home and barn (ca. 1828) were moved from Columbiana, Ohio, to Greenfield Village where they were opened to the public in 1985 as an 1885 working farm. 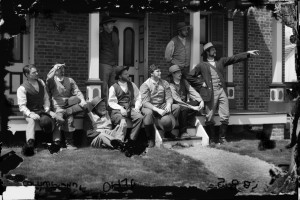 On a personal level, Firestone Farm is a place of great significance; it was one of my favorite places to spend time as a boy; during our many, many family visits to  Greenfield Village (The Henry Ford), I naturally gravitated to the farm. I enjoyed the  immersive 19th-century farm experience. I was memorized by teams of draft horses doing fieldwork, the smell of a cellar filled with crocks of sauerkraut and salt-cured hams, the incredible amount of detail that seemed to go into recreating another time and place.

As I finished undergraduate school, I decided on a whim to work as a frontline staff person at Firestone. This whim, changed the course of my professional life—it introduced me to the idea that I could, I should become a museum professional. Yes—Firestone Farm in Greenfield Village is a place of significance… for me, but also for 1.7 million guests who visit The Henry Ford annually.

Firestone (and Greenfield Village for that matter) is located just a few short miles from Detroit, in the center of a very large, sprawling metropolis. While Detroit has become a very important center for the urban agriculture movement, most of our guests are very far removed from any sort of agricultural experience.

On a base level, Firestone Farm connects these urban guests to agriculture—to their food source, and to a somewhat foreign way of life. On any given day this month (May is our peak field trip season), over 5,000 school children will walk along our dusty farm lane flanked by bright green Turkey Red Winter Wheat, newly planted Reid’s Yellow Dent field corn, and a hayfield nearly ready to be mowed. They will encounter first-hand Golden Polish chickens, Shorthorn cattle, wrinkly Merino sheep, and Percheron draft horses. To see a big draft horse, to watch it work, to touch its muzzle is a transformative experience, especially for inner-city children. Helping with gardening, carrying a freshly-laid chicken egg to the kitchen, watching a sheep being shorn, smelling the rich, loamy scent of freshly turned soil… these experiences enrich lives. They give a deeper meaning to existence.  They make us fuller people. 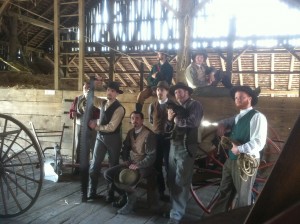 As a family, the Firestones tell a story that extends past the plow (or the tire for that matter). The Firestones in 1885 were not a wealthy family.  Like Henry Ford, Thomas Edison, Orville and Wilbur Wright, Rosa Parks, or Abraham Lincoln (The Henry Ford shares artifacts and stories connected with all of these individuals), nothing about Harvey Firestone’s childhood promised the prominence that came later in life.

In every sense of the word, Harvey Firestone’s existence was ordinary for 1885: he was a middle-class farmer’s son. He was an ordinary American who did extraordinary things. His story demonstrates that innovation is not dependent on title, position, or wealth—that it springs from all walks of life, including a farm. Harvey Firestone credited his father—a sheep farmer from Ohio—as being the best businessman he ever knew. When one considers who Harvey knew and with whom he did business, his statement is all the more meaningful.