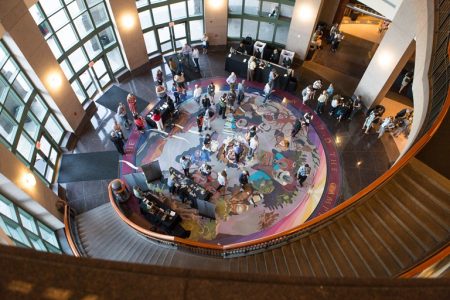 September 6-9, the week of the AASLH Annual Meeting in Austin, Texas, was a heavy one.  Being inundated with images of natural disasters and of hate, speaking about museums and public history work appeared frivolous in the beginning. However, the conference was the correct antidote, at least for me personally. I was one of the Douglas Evelyn Scholarship for Diversity recipients, and amidst the heaviness of devastation and discussions of the lack of basic human needs, I found strong conversations about the needs of the human spirit. Both are equally important to face those challenging questions about how we as a people got to our present day and where our actions will take us in the future, both in a museum and outside of it. 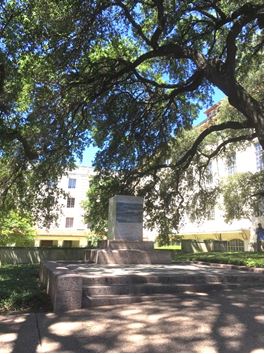 Upon arrival, I visited the now empty spaces of the four Confederate statues at UT Austin. Here were the actions taken in response to history shifting the needle. Now the conversation about monuments, their possible removal, and/or significance is nothing new, but the events in Charlottesville certainly caused an urgent reaction for UT Austin to remove these statues (they were entering their second year of talks about whether or not to keep them up). The statues that once centered the campus lawn are now just bases that are wrapped in this thick cellophane-like substance with their markings of who stood there before blacked out. Not erasing the history of what was once there, but instead coming to terms with it. 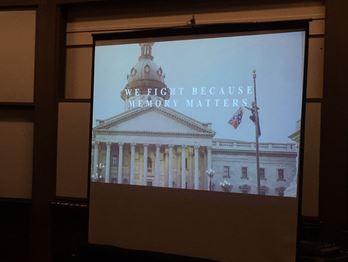 The sessions I attended easily complemented the idea of not only coming to terms with, but also facing history as it comes. Three stood out the most: Rapidly Responding to Events in our Communities, White on White: When Standing By Isn’t an Option, and Controversial Statues: Beyond Up or Down. All three shared the idea of being proactive on behalf of their public, of being a safe space to have difficult conversations, or simply being a place to breathe. There is a push/pull notion of what museums can and can’t do: however, museums are highly trusted institutions and the public uses our spaces not only to learn, but to understand a bit more about the world outside of the museum walls. Who are we to decline that opportunity?