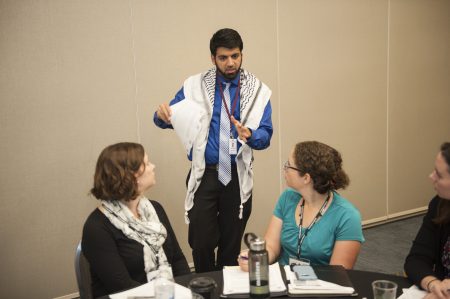 At the 2016 AASLH Annual Meeting, the Educators and Interpreters Committee hosted a session on cultural competency featuring staff from the Arab American National Museum (AANM). As staff from the first and only ethno-specific museum in the United States devoted to Arab American history and culture, the presenters provided insight into the challenges they commonly face when engaging visitors in museum content as well as strategies used throughout AANM to promote deeper understanding of the Arab American experience.

The session was dense and filled with far too much information for one blog post to cover. Luckily for everyone, you can listen to the full session recording here.

The topic of assumptions surfaced fairly regularly throughout the session. Foremost among them, and a misconception that AANM staff work to tackle head on, is the conflation of the terms “Arab” and “Muslim.” AANM staff noted that they work diligently to clarify for visitors that not all Muslims are Arab and not all Arabs are Muslim. In fact, we learned that the majority of Arab Americans are actually Christian. 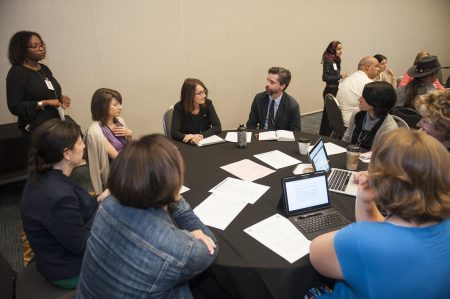 Our presenters were right to point out that phenotype does not necessarily say anything about religion, or even ethnicity for that matter. As a half-Iranian woman with fair skin and light-brown hair, I can personally attest to how common it is for people to use visual markers as the only indication of diversity (keenly evidenced by the surprised looks I get when I mention I am half-Iranian).

Assumptions like these have the potential to be the most destructive because often people don’t realize they are making an assumption in the first place. It is fairly easy to identify when someone is stereotyping, and our presenters pointed out that they do work to directly challenge stereotypes using the media to illustrate specific points. I believe the intention behind having us, first in our table groups and then as a whole, engage in discussions surrounding various scenarios was to recognize and discuss the power of assumptions. In this regard, I found the activity successful. 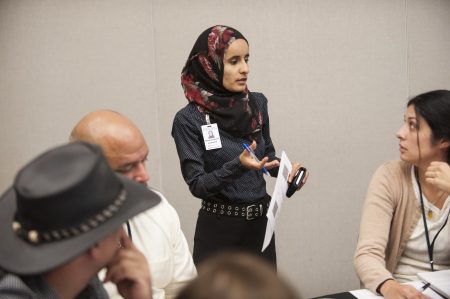 However, I found it very, very interesting that of the four scenarios included on our activity worksheet, no group was given scenario 2. Scenario 2 read:

A museum is looking to hire an educator. After completing two rounds of interviews with strong candidates, the committee decided to call on two competing profiles for a final interview: Sarah Abuharas and Joy Boykin. Sarah is a strong candidate and has the educational and professional credentials. She will also meet the diversity initiative because she is a veiled Muslim woman. Joy is equally strong, but seems a bit shy. During the last round of interviews, the committee was shocked and troubled by Sarah’s attire. She walked in wearing a blue abaya (a long traditional gown, typically in black).

Perhaps the panel simply felt that we did not have enough time to meaningfully engage in this scenario. Or perhaps they felt that it was opening up too big a “can of worms,” so to speak. Hiring practices and veiled women in one scenario? Who knows how the audience will respond! 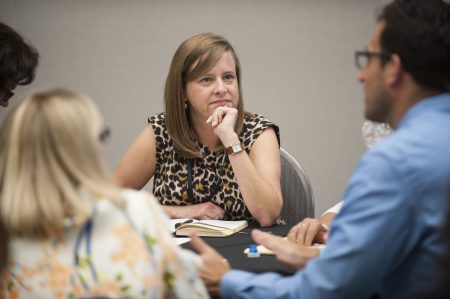 In all seriousness, I was troubled by the fact that we did not address this scenario, as to me it sends the message that discussing hijab and the veil is somehow too difficult a topic to talk about in a public, professional forum. As a woman who, by her own choice, wore the hijab from grade three through her first semester of college, I find it troubling that this scenario was somehow considered too taboo. How can we encourage meaningful cultural competence if we undermine the entire concept by branding certain topics too difficult?

In fairness to the presenters, they may not have intended to send this message by skipping the scenario. They may have felt that we did not have the context necessary to discuss the scenario in a meaningful way, and not that hijab was somehow too difficult a topic to discuss. None the less, it felt to me like we were shying away from what could have been the most powerful discussion of the session.

As one session participant pointed out, we need to stop shying away from feelings of discomfort and instead embrace them for the powerful learning moments they can be. We all, to varying degrees, may feel discomfort around particular “difficult” topics, whether these topics are historical or contemporary. Asking ourselves why we feel uncomfortable, and then critically reflecting upon these reasons, is the only way we as educators can move towards a critically self-reflective practice anchored in cultural competence. 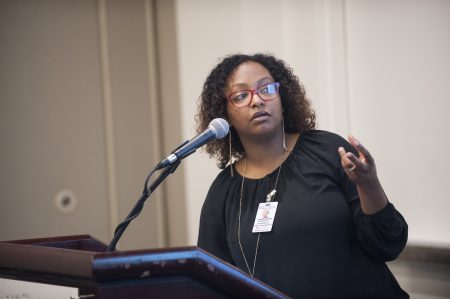