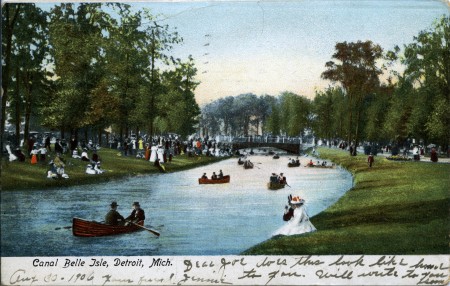 Belle Isle Park is Detroit’s island jewel. The city-owned and state-operated park is the largest of its kind in the country, at 1.5 square miles. Its five miles of breezy shoreline, its winding street ways, parks, beaches and architectural treasures have made it a recreational haven to Metro Detroiters for more than 100 years.

As part of the 2016 AASLH/MMA Annual Meeting, the Detroit Historical Society will provide a bus tour of the island. “Detroit’s Island Jewel: A Tour of Belle Isle Park” will take place from 1:30-5:30 pm on Friday, September 16. In addition to hearing more about the island’s history, tour participants will stop for visits at many of the island’s attractions.

Before European settlement, the park was known as Wahnabezee, meaning “Swan Island,” by the Anishinabeg peoples who lived, traded and hunted in the area.  After the French settled the area in 1701, the island became known as “Hog Island,” due to the ongoing snorts of large pigs and other livestock kept there. 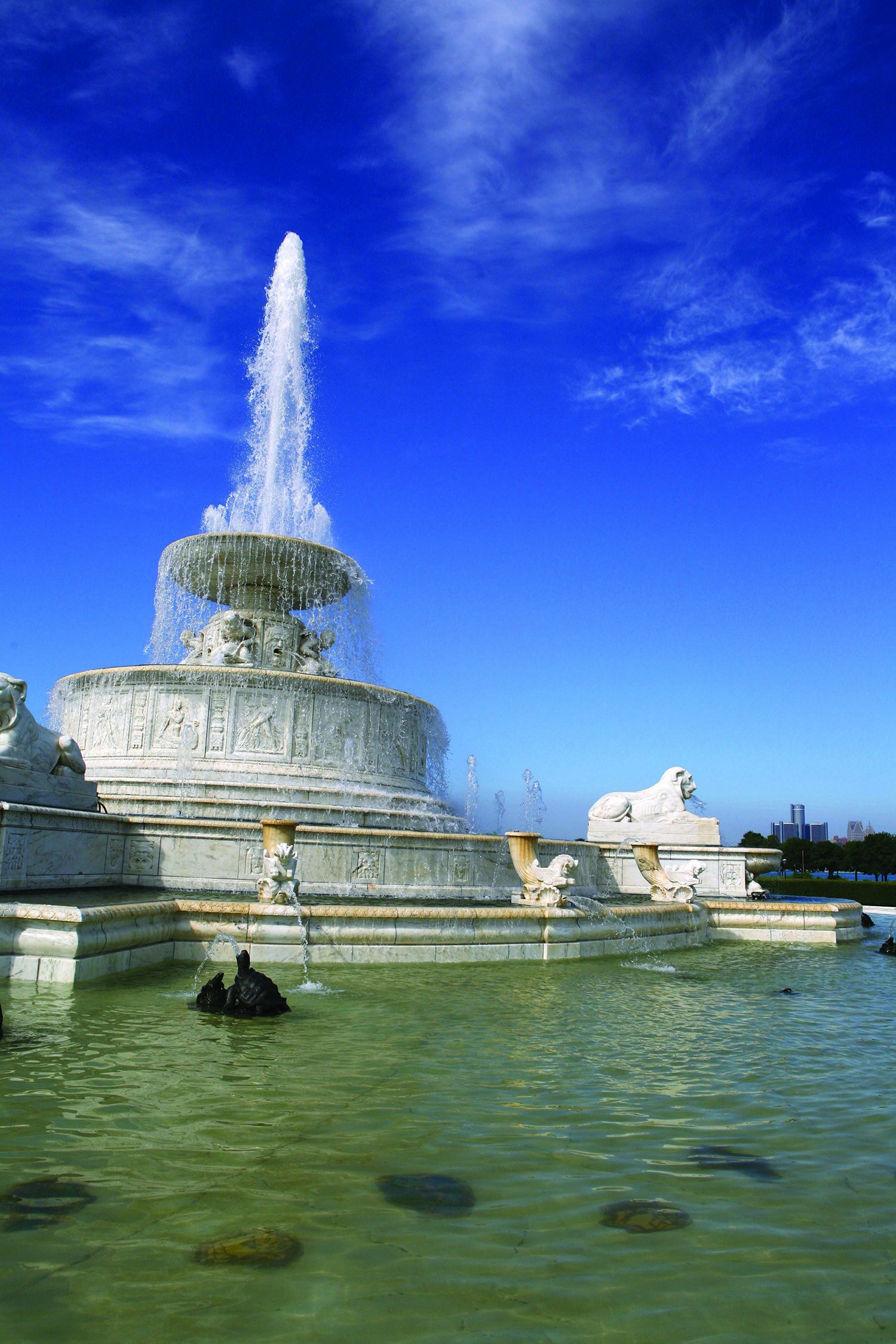 The island moved through several French, British and American owners until it was purchased by the City of Detroit in 1879. The city retained the name “Belle Isle,” its moniker since 1845 when picnickers named it after Miss Isabelle Cass, daughter of Governor Lewis Cass.

The city hired famed landscape architect Frederick Law Olmsted, and his park plan stressed minimalism. He left the swamps and the small forest at the eastern edge, and added a small beach and one major thoroughfare through the island’s center. His plan stressed that any development on the island was both expensive and generational. He believed that natural settings were timeless and cheaper to maintain. He warned that placement of “dance houses, race tracks, museums, collections of zoology,…and horticulture exhibits can be better placed elsewhere.” 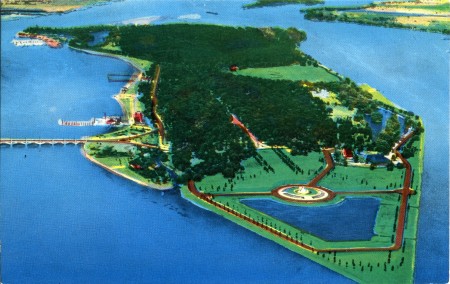 Meanwhile, city leaders adopted the philosophy of the City Beautiful movement, which promoted natural beauty as a way to encourage moral and civic virtue. They felt that beautification efforts would increase the quality of life for urban residents and, therefore, promote a harmonious social order. As a result, Detroit’s leaders quickly abandoned most of Olmsted’s plan, instead constructing a series of buildings that included a botanical conservatory (1904), an aquarium (1904) a multipurpose “casino” building (1908), and a zoo (1909.)

In 1925, the impressive James Scott Memorial Fountain on the park’s western end was completed. A gorgeous work of white marble and Pewabic tile by architect Cass Gilbert, the fountain’s ornate marble base, relief statues and brass fixtures depict aquatic life and the early settlers of Michigan.

During Prohibition, Belle Isle was a prime location for the smuggling of illegal Canadian booze into the United States. In fact, Detroit police developed the nation’s first police radio on the island in 1928, in an attempt to track and capture smugglers. 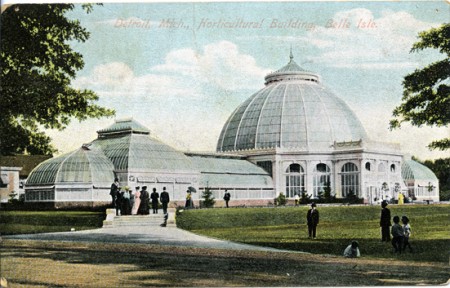 Despite its founders’ intentions, the island was not always a sanctuary that promoted social order. During World War II, Belle Isle was a refuge from the overcrowding in the city, due to an influx of war workers. A riot stemming from racial tensions erupted here in 1943 when a fist fight on the bridge to the island spilled onto the streets of Detroit. Over three days, residents looted, overturned cars, set fires, and attacked each other. When it ended, 1,800 people had been arrested and 13 people had died.

In the second half of the 20th century, Belle Isle became a prime recreational spot for Detroiters. Picnics and family reunions during the day and “cruising” the island on warm summer nights became favorite pastimes. 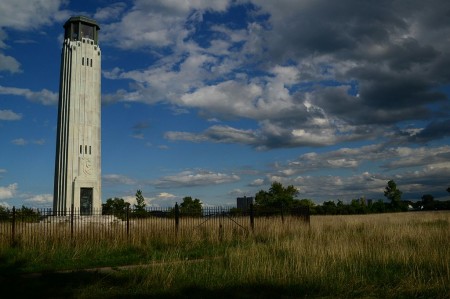 Since 1992, Belle Isle has hosted, during select years, the Detroit Grand Prix and other world-class Formula One and Indy Car racing. The island has also been home to the American Power Boat Racing’s Challenge Cup race. Known as the Gold Cup to Detroiters, it is the oldest active trophy in all motorsports.

In 2014, the City of Detroit entered into a 30 year lease agreement with the State of Michigan, and Belle Isle became the state’s 102nd state park.  Since then, the state has made millions of dollars of improvements to the island. Today, visitors can picnic, swim at a large public beach, canoe or kayak, and visit the attractions such as the Dossin Great Lakes Museum, the Anna Scripps Whitcomb Conservatory and the Belle Isle Nature Zoo.

For more information on tours, events, workshops, and sessions at the 2016 AASLH/MMA Annual Meeting in Detroit, download the Preliminary Program. This year’s Annual Meeting will be held at the Cobo Convention Center in Detroit, Michigan from September 14-17. Learn more & register on the Annual Meeting homepage.