One of the year’s best books is a beautifully written story about books – specifically, a lost collection of priceless tomes with inscriptions and margin notes by many of the greatest philosophers of the 20th century. Now the library made famous in John J. Kaag’s American Philosophy: A Love Story is on track to be brought to life through technology. 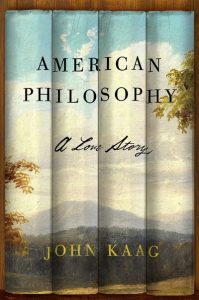 A Kickstarter project has been started to raise the funds so that my company, HistoryIT, can recreate the William Ernest Hocking library as an interactive digital space where visitors can peruse the shelves and open books to read the text and the book owners’ notes or inscriptions.
Hocking was an early 20th century philosophy professor, and his library became a repository for the collections of many of his mentors and colleagues. Among the treasures are first editions of works by Descartes, Locke, and Kant, and signed copies of books by Ralph Waldo Emerson, Walt Whitman and Robert Frost.

Kaag, also a philosophy professor, discovered the neglected library in rural New Hampshire at a point when he was undergoing a personal transformation. American Philosophy: A Love Story documents not only Kaag’s reflections on the philosophers, novelists and poets whose work he finds at the Hocking library, but also the evolving relationship with the woman who would become his second wife.

“Kaag hits the sweet spot between intellectual history and personal memoir in this transcendently wonderful love song to philosophy and its ability ‘to help individuals work through the trials of experience’” said a review by National Public Radio.

Tackling the next, digital chapter in this exciting tale is ambitious, given that Hocking’s original library held 10,000 titles. It also is a huge honor, and dovetails nicely with our recent projects for the National Baseball Hall of Fame and the Washington, D.C. Historical Society.

American Philosophy: A Love Story leaves readers wanting to interact with the library’s contents, so it’s a perfect opportunity to leverage our methodology. 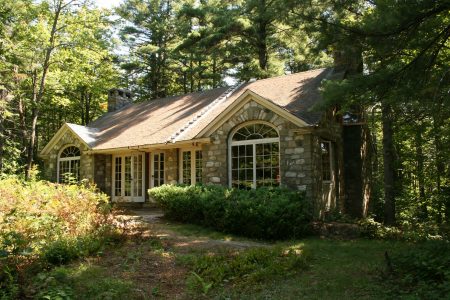 Once the 60-day Kickstarter campaign is completed, I will lead a team of historians and technologists in creating interactive digital replicas of many of the 200 Hocking library books housed today at the University of Massachusetts, Lowell, where Kaag teaches. HistoryIT will create a digital version of the library where visitors can learn more about the 10,000 or so titles that were in the original library, as well as explore connections among the handwritten notes and inscriptions in the rare works.  Rewards for participating in the 60-day Kickstarter campaign range from a “thank you” message sent via social media ($20) to a 1,000-word essay by Kaag on a topic chosen by the donor ($2,000).