Do History Museums Still Need Objects? I’m Not Sure

Do History Museums Still Need Objects? I’m Not Sure

I’ve been pondering the central question of Rainey Tisdale’s article (“Do History Museums Still Need Objects?”), since History News published it last summer. Our museum staff members have had some delightful (and some not so delightful) discussions about it.  We even sent a copy to our advisory board for them to discuss. Many of them, though, feared we wanted to deaccession our entire collection. 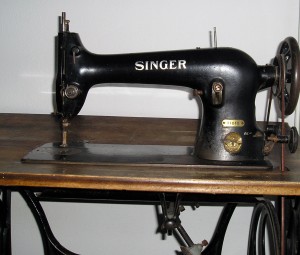 Here are the article’s main points:

After attending Rainey’s session at October’s AASLH Annual Meeting, I started thinking about this issue again.  That’s when I got into real trouble.

Our museum staff spent most of October moving our collections from a dilapidated building into a new storage facility.  This gave us a rare opportunity to review EVERYTHING in our collection.  We found (and, frankly, had suspected) that many objects were 20th century mass-productions lacking any provenance.

We’re not alone, particularly in the West, where many communities developed and boomed during the era of mass production.  How do we handle these items?  The easy solution might be to keep the objects with provenance and to deaccession ones that don’t.

But even the objects with provenance may be problematic. Yes, we have typewriters owned by every mayor during the 1920s. But do we need all five of them?  Do these objects have a story? If so, could one typewriter tell all of those stories?

Or take another example, something every museum has: Singer sewing machines. We have at least six of them. The problem is:

I admit, I don’t have an answer to these questions. I do know we can’t collect every sewing machine and typewriter that comes our way, regardless of the stories connected to them.  So what are we to do?