The Woodrow Wilson Family Home: A Museum of Reconstruction

While never leaving your house, office or hometown most of you reading this post probably took an unplanned trip this summer to South Carolina. The massacre of nine citizens at the hands of a white supremacist propelled the Palmetto State into news headlines and social media posts internationally. Coverage of Charleston in which the murders took place soon thrust the state capital – Columbia – into the spotlight where ultimately public outcry and political resolve finally resulted in the Confederate flag removal from a place of prominence from in front of the State House grounds. 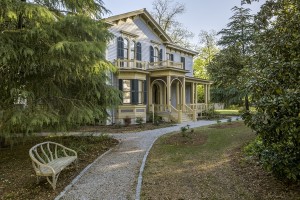 A holistic approach to the site’s rehabilitation offered the opportunity to return the house to its 1871 appearance while comprehensively addressing mechanical, electrical, fire suppression and HVAC systems.

Conversations about race are nothing new to the city, state or, for that matter, the nation. However, discussion of race, politics, in fact the very understanding of citizenship as we know it today, fueled the transformation of Columbia’s Woodrow Wilson Family Home from a traditional historic house museum, as it had operated for generations, into a 21st-century museum contained within a residence built in 1871 for the parents of the country’s future 28th president. It was here in Columbia that Tommy Wilson experienced Reconstruction, where South Carolinians, black and white, were working out the meanings, ramifications and potential of a society in which formerly enslaved men and women were now free. It was in Columbia, four blocks east of the city’s Baptist Church, where the Secession Convention delegates initially met December 1860 that the teenage Wilson’s parents would erect the only residence they would ever own.

Combining period collections highlighting the Wilson family and the post-Civil War period with a host of digital assets, the Woodrow Wilson family Home offers diversified interpretive resources. For a peak into one of many digital offerings see https://www.youtube.com/watch?v=SgqmtjmajLI.

That house, South Carolina’s only presidential site, closed in 2005 for public tours due to capital repairs. What followed was an eight-year period in which Historic Columbia, the site’s contractual steward, oversaw the property’s complete physical rehabilitation into a modern museum showcasing the family’s experiences from 1870-1874 in the capital city and the larger story of Reconstruction (1866-1876). But this transformation was more than just an unprecedented level of historic preservation in practice. It was more than an intense collaboration with scholars. It was more than simply the organization’s first use of a professional exhibit design company. It became a pivotal moment 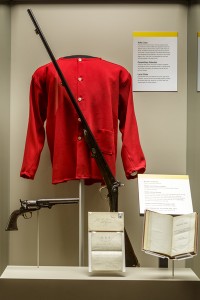 Combined with an unprecedented collection of historic illustrations and photographs, museum artifacts tell many stories – including the role of political terrorism in shaping post-war race relations and leading to the downfall of Reconstruction.

for Historic Columbia in its culture and in the manner in which its staff and volunteer interpreters were trained in facilitating engaging conversations at the site on topics that lie at the heart of so many current events, especially race.

Transformed from its earlier, traditional historic house museum format, the Woodrow Wilson Family Home today is a 19th-century historic asset featuring a 21st-century approach to having constructive conversations about what it means to be an American and how some of today’s assumptions, aspirations, and concepts of citizenship had their foundations laid in Reconstruction.  It deserves a visit whether you live in South Carolina or you are just passing through the Palmetto State.

To learn more about this site and the power of possibility, come to AASLH’s upcoming 2015 conference in Louisville and attend Historic Columbia’s session, “Restoration and Reconstruction: Fulfilling the Possibilities of a 21st Century Museum”!