Small museums dot the landscape of rural communities throughout the United States.  This summer, we had the opportunity to add a dot in the rural Andean highlands of Peru.  On Sunday August 3rd, in a small 400-person village situated on a prehistoric archaeological site called Hualcayán, the Proyecto de Investigación Arqueológico Regional Ancash (PIARA) (http://www.piaraperu.org) and community members opened the Museo de Hualcayán. The Museum consists of displays on the prehistory of the region, the iconography of the site’s prehistoric cultures, images of the local community and residents, and a virtual exhibit that displays cultural materials and their contexts excavated at Hualcayán and nearby sites. 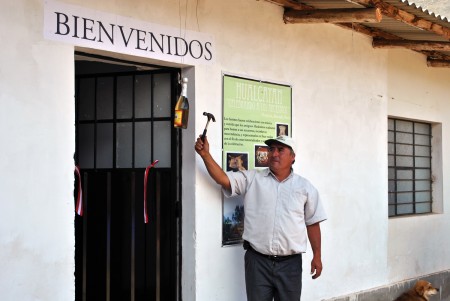 The President of Hualcayán officially opened the Museum with a ribbon cutting and breaking a bottle of champagne.

The Museum came about for two reasons.  First, the economic, social, and educational development of Hualcayán is integral to the mission of PIARA, which balances archaeological research and training with community outreach.  Second, flowing from our commitment to community development, a Museum was a consistent community request since PIARA began archaeological research in the area six years ago. At the Museum opening, community members attending were particularly attracted to the exhibits that told their story – the photographs, videos, and portions of the virtual exhibit specific to their cultural identity. 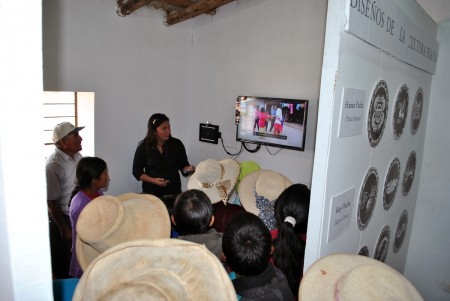 The museum contains a flat screen TV and iPad that contains an extensive virtual museum of prehistoric artifacts excavated from the site along with extensive contextual information.

The Museum project fits well with other development efforts PIARA participates in at the community’s request.  For example, in July we collaborated with the local high school teacher, Leodan Abanto Alejo Valerio, in creating a set of in-class activities focused on enriching an understanding of local cultural heritage.  Although we prepared several activities prior to arriving in Hualcayán, these were heavily adapted to meet the specific needs expressed by the teacher.  He noted that students had access to texts that told the story of Peruvian history but there were no resources to tell the story of their community, and that there were few resources for hands-on activities.  After exploring these needs together, we developed several projects that encouraged the students to actively explore their local identity and history. 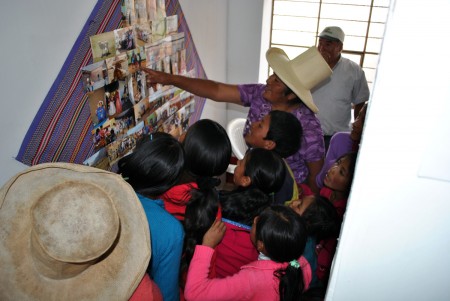 The attendees at the Museum opening were particularly drawn to the photographs and videos that explored the present day cultural identity of the community.

To address this specific challenge, PIARA staff led the students in several classroom and laboratory workshops. For example, groups of students visited the PIARA laboratory—not to get a hands-off tour of our archaeological analysis in progress, but to create digital content such as 3D visualizations of artifacts for the community’s virtual museum exhibit.  In another workshop, students created a class quipu that related their personal histories and their places in the community.  PIARA also trained the students in oral history techniques and how to use Flip cameras to record their data.  The students will apply these skills this fall and interview their families and community leaders on the history and customs of Hualcayán.  We will then compile the results of those interviews into a bilingual published volume and DVD by the summer of 2015.

PIARA is very intentional to use a “co-creative” approach in projects such as the development of Hualcayán’s Museum.  That is, we aim to work in direct partnership with the community to apply our skills and expertise to the expressed community needs.  In this way, we act in concert with the views expressed by John Cotton Dana nearly one century ago in his publication The New Museum when he wrote “Ask the community of their needs, then fit the Museum to those needs.” 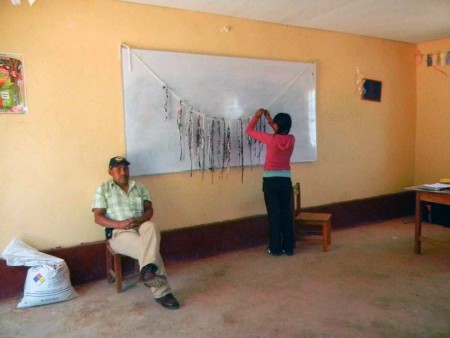 Based on an Inca innovation, students created a quipu that contained information about their families and place in the community.

When we returned to the U.S. in August, we already had a list of improvements for the Hualcayán Museum from both content and presentation perspectives and will work on these revisions over the coming months.  In fact, we will use our U.S. university and public school classrooms to further the projects.  For example, at the University of Memphis, the Museum Practices graduate seminar will take up several items on the list of museum improvements. Through Vanderbilt’s Curb Center for Art, Enterprise, and Public Policy, we will take the Hualcayán experience into Metro Nashville Public School classrooms.

Students created their own icons based on the prehistory of the region.

Upon reflection, we note the common approaches used to launch both the Hualcayán Museum and the 2010 African American Cultural Heritage exhibit at the C.H. Nash Museum in Memphis, Tennessee.  Both projects required direct community input to tell their story.  As the cultural heritage professionals, we simply did not know the stories—the community members were responsible collecting the material.  We only provide the tools and training for the processes they carry out.  Both projects relied heavily on students applying the knowledge and practices learned in the classroom.  We are also keenly aware of our need to be flexible and truly respond to the community needs.  In both cases, our ideas for the museum exhibit content was or will be modified to meet the expressed needs of the community around their cultural identity and place in history. 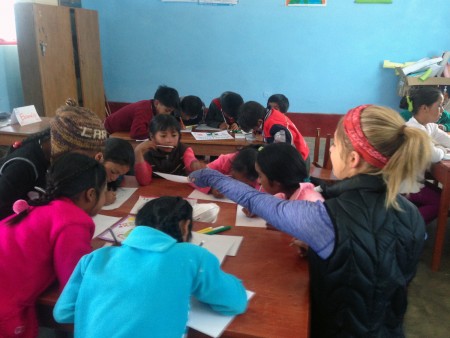 In Memphis, the Hidden Histories project this past summer continued the 2010 project to explore the cultural heritage of the community surrounding the C.H. Nash Museum in Southwest Memphis.  (See southwestmemphis.com for an update.)  At Hualcayán, we will return in January of 2015 to install some museum enhancements.  At that time, we will also meet with the community leaders to assess the first several months of the Museum operation and plan the next steps for the summer of 2015.  In all of those processes, we rely extensively on university trained students to apply their classroom instruction in real-time contexts.  The totality of our Hualcayán and Memphis processes seem ideally suited for the small museum projects where the interests and needs of the cultural heritage professionals, community residents, and students are all achieved.

Rebecca Bria is a doctoral candidate in the Department of Anthropology at Vanderbilt University and is the Founder and Co-Director of PIARA.

Elizabeth Cruzado Carranza is a graduate student in the Department of Earth Sciences at the University of Memphis and the Co-Director of PIARA.

Robert Connolly is an Associate Professor in the Departments of Anthropology Earth Sciences at the University of Memphis and the Director of the C.H. Nash Museum at Chucalissa.