How Can I Use Other Standards to Supplement My Use of Nomenclature?

How Can I Use Other Standards to Supplement My Use of Nomenclature?

In general, museums should choose a single classification system, such as Nomenclature, as the authoritative classification structure that they will use for classifying and naming their collections.   A classification system is designed with its own internal organizational logic; the top levels of the system are fixed (they do not change), mutually exclusive (a given term belongs in one, and only one position in the hierarchy), and precisely defined. Trying to use more than one classification system simultaneously (using parts of each) can compromise the logic by which the systems are organized, leading to confusion for cataloguers trying to determine how to classify an object.

However, it is likely that some of the terms that you will require to name your museum objects will not  be found in Nomenclature.   Or there may be whole hierarchies of other standards that you find that you require.  Here are some ways that other standards can be used to supplement your use of Nomenclature: 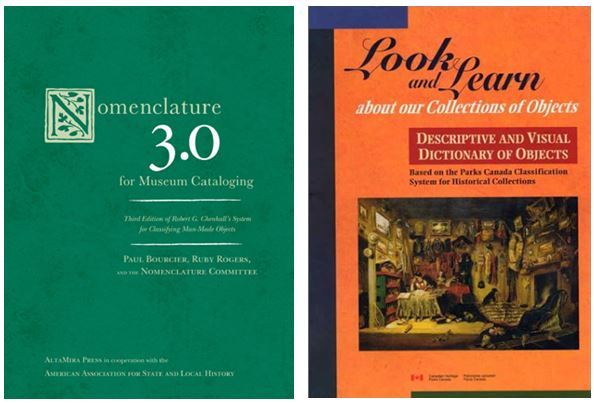