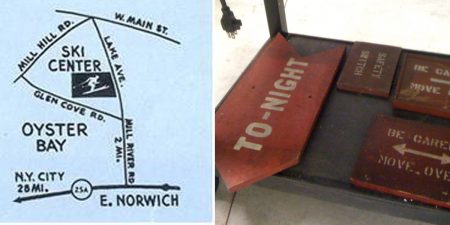 It all began with a small ski slope on Long Island. Yes, there was some skiing on Long Island, New York and in particular there was the once beloved but now forgotten Oyster Bay Ski Center. My interest in the history of the Ski Center began when I was sorting through some objects in the Oyster Bay Historical Society’s historic Earle-Wightman house. I found a sign for the Ski Center alongside a pair of children’s skis from the Paris Manufacturing Company (now known as Paricon) dated from the 1920s. Driving through Oyster Bay and her surrounding villages there are some steep hills, but it is hard to believe that there was once a wide open space suitable for skiing.

Based on published entries in the Ski New York State Guide, the Center was in operation from 1949 through 1959. Ultimately there were three lifts and with the help of the tow line, the clearing could manage up to 1500 skiers and hour with as little as three inches of snow. The Society’s winter 2013-2014 exhibit ‘Snow Day in Oyster Bay’ highlighted past winter activities and pleasures found only when the ponds froze over and inactivity yielded to ingenuity and often dare-devilish behavior. The Ski Center sign and relevant objects became one of the more popular talking points of the exhibit. The Center’s existence and eventual closing garnering the interest of reporter Bill Blyer who featured the story in an article in the daily Long Island newspaper Newsday. 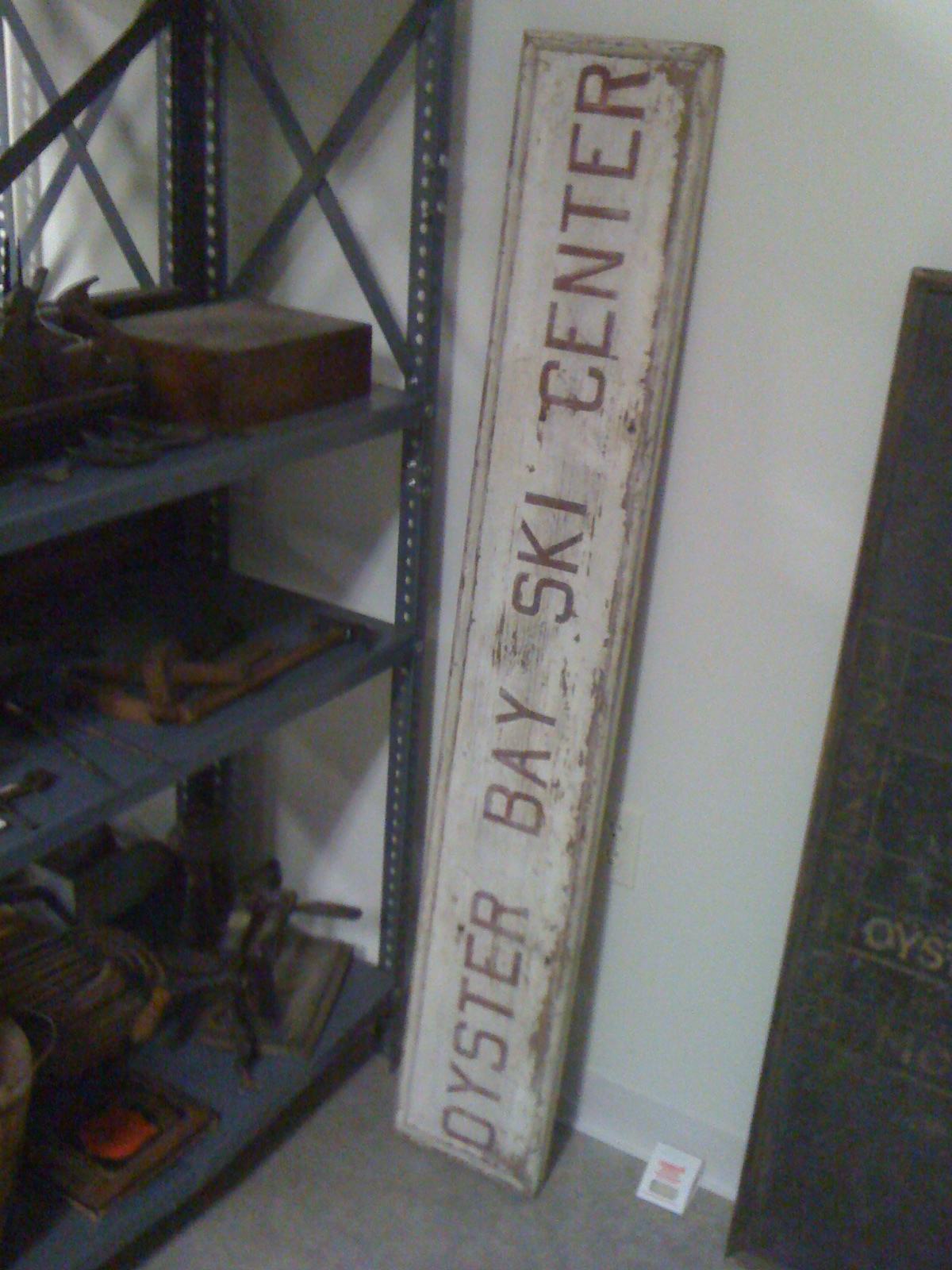 With all the attention something was bound to happen. Ken Summers, the son of Oscar Summers who had managed the Ski Center in the mid-1950s, dropped by about a month after the exhibit closed to offer the Society six wooden signs that his family had kept. Despite the knowledge that it might be some time before the Society exhibits the Ski Center’s relics again, they are a welcome and unexpected addition to our collection.

Collections Development is defined by the Society of American Archivists as “the function within an archives … that establishes policies and procedures used to select materials that the repository will acquire,” or put another way, to determine what subjects of the organization’s mission are under-represented and seek out documentation and/or artifacts to add to the current collection. In this case the Ski Center’s artifacts came back to us. Without any intention of receiving items from Oyster Bay’s colorful past, our exhibit inadvertently garnered publicity, testimony, photographs and objects. 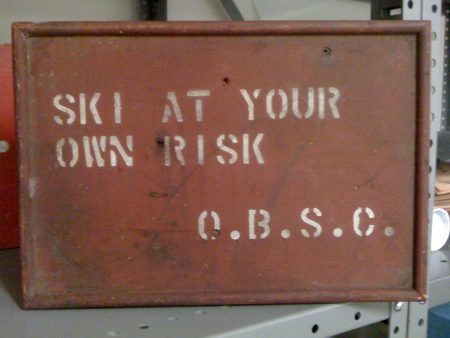 Considering that no one has a crystal ball or could possibly know what wonderful archives are out there, we sometime have to wait to see what our own membership will uncover and be willing to part with. In the future, the Society and other organizations must remember to include, however briefly, all of the ­subjects contributing to that exhibition when writing press releases or other exhibition publicity. Perhaps prompting an unexpected visitor to offer up what you didn’t even know existed.