I Said Bang! A History of the Dirt Bowl, the Crown Jewel of the Most Basketball-Obsessed City in America

I Said Bang! A History of the Dirt Bowl, the Crown Jewel of the Most Basketball-Obsessed City in America

This project is the recipient of a 2017 History in Progress Award. 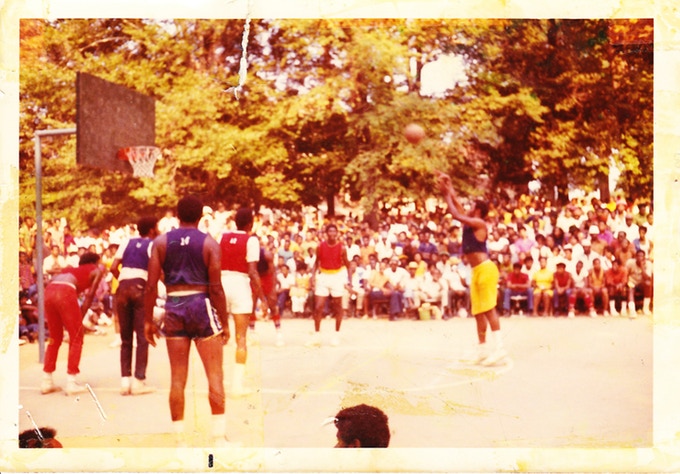 In 1969, after the loss of Martin Luther King, Jr. and the subsequent 1968 riot in Louisville, two college students started a community basketball tournament in Louisville’s Algonquin Park. It blossomed almost instantly, and by the end of that summer, thousands of people packed the park every weekend to connect with one another and to watch high-level basketball featuring the best players in the region. Since then, generations of Louisvillians have bonded, reunited, competed, laughed, shown off, and celebrated one another at the Dirt Bowl.

The Louisville Story Program set out to partner with the Dirt Bowl community to help them develop a book that documents the rich history of the Dirt Bowl. LSP staff spent months conducting outreach and developing relationships, meeting with people in gyms, libraries, and parks, and there emerged a core group of individuals in the Dirt Bowl community who were interested in authoring a book about this important part of their history and culture. LSP provided weekly writing workshops over the course of many months with this core group, which also brought other people into the process, ultimately resulting in a group of thirty-seven contributors. LSP staff facilitated the recording and transcription of fifty hours of interviews and the collaborative editing of those transcripts and of the authors’ original writing. 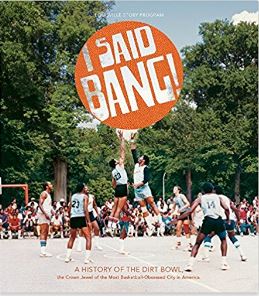 The result of these efforts is the book I Said Bang! A History of the Dirt Bowl, the Crown Jewel of the Most Basketball-Obsessed City in America. It begins with accounts of what it was like growing up in various Louisville neighborhoods in the 1950s and ’60s, then describes how the Dirt Bowl was founded, developed, and sustained over the years, illustrating what it has meant to families, neighborhoods, and athletes, and why it became such a significant community institution.

LSP also produced a project video and five companion videos, and circulated them widely via social media and via a Kickstarter campaign that raised over $15,000 for the project. They also co-produced at 50-minute radio documentary about the Dirt Bowl with WFPL, the local public radio news station. The book launch celebration attracted 500+ attendees as a result of word-of-mouth momentum within the Dirt Bowl community (which even today primarily transmits information via word of mouth), the early anticipation developed by our Kickstarter campaign, hanging event posters around the city, circulating online event invitations, and reaching out to media outlets, which resulted in nineteen local media stories. The book is available in local bookstores, on Amazon.com, at community events, and in the LSP online store. Authors themselves have sold over 700 books, and many local barbershops now have I Said Bang! for their customers to read. 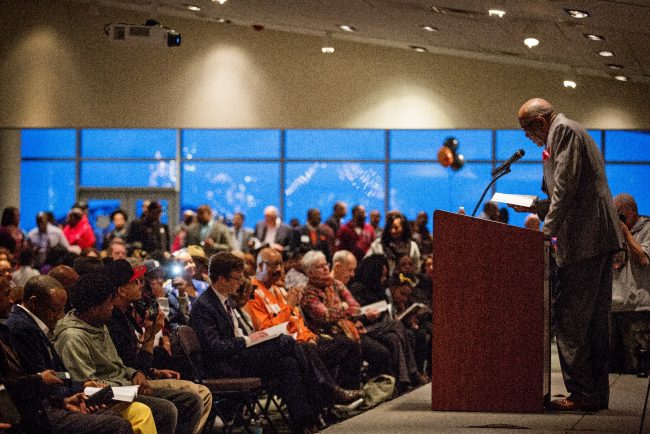 The Louisville Story Program strengthens their community by amplifying unheard voices and untold stories. They partner closely with overlooked Louisville residents by providing extensive writing and oral history workshops and intensive editorial support, culminating in professionally-designed documentary books, exhibits, and radio programs in which authors tell the stories of their lives and communities in their own words. I Said Bang! empowered community members to share their own history in a way that sustains their community and sheds light on a longstanding community tradition that connects past and present.

Read more about the AASLH Leadership in History Awards here.