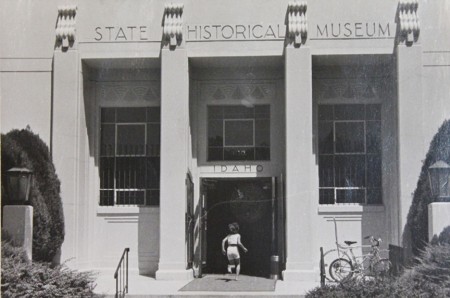 For the Idaho State Historical Society, 1940 was a year of optimism—and a year of frustration.  It was also one of the most critical years in the agency’s long history. Established as the Society of Idaho Pioneers in 1881, what became the Idaho State Historical Society predated statehood by nine years. For more than a half century leading up to 1940, the Society’s museum had been housed in variety of inadequate facilities:  private homes, the Boise library, Boise city hall, and the basement of the state capitol. As Idaho approached its 50th anniversary of statehood in 1940, the Society’s Board of Trustees pressed the legislature to construct an adequate museum facility.  “It becomes the duty to again remind you of the crowded condition of our State Museum in the Statehouse basement and of the necessity of a suitable building,” they admonished in their 1939-40 biennial report.

This time the legislature acted, authorizing the sale of $40,000 in bonds to construct a museum building.  The Works Progress Administration would match those funds with federal dollars.  But before the WPA would allocate money, the State Historical Society had to procure a building site and complete architectural plans.  The City of Boise agreed to a long-term lease of property in the city’s Julia Davis Park, and trustees hired an architect.  The WPA signed off on the project, and the Society finally broke ground on its first building on November 1, 1941. 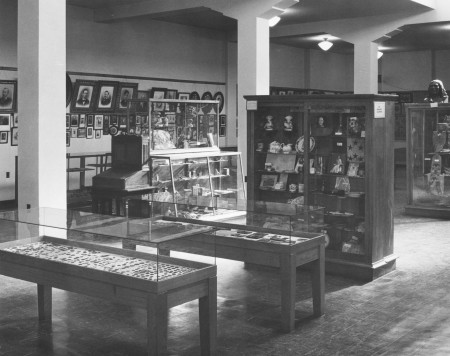 Five weeks later, Japan attacked Pearl Harbor.  Construction halted for the duration of the war.  The state reallocated lumber and steel purchased for the museum to other wartime projects.  The unfinished structure stood as an empty shell. Once the Idaho economy stabilized following the war, the legislature appropriated $138,000 to complete the project.  Work commenced again in November 1949, and Idaho residents dedicated their State Historical Museum on December 16, 1950.

In 1982, the Idaho State Historical Society oversaw an expansion of the building, which by then had become the cornerstone of Boise’s downtown cultural district. 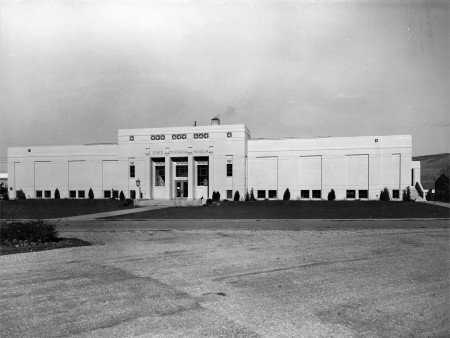 Since its founding in 1881, the Idaho State Historical Society has grown into a multi-dimensional agency.  The State Archives, State Historic Preservation Office, and Historic Sites Program are located in several buildings in Boise and around the state.  But the State Historical Museum, the Society’s first building, remains a key component in the agency’s efforts to interpret Idaho history.  Those trustees of 1940 who labored so diligently for the Society’s first museum would be proud to know that their efforts to preserve Idaho’s rich history continue.