Slavery and Freedom in Savannah

Interpreting the history of marginalized peoples and addressing controversial topics can be intimidating. To help you prepare for the challenge, here are seven AASLH Leadership in History Award-winning projects to inform and educate your work.

The first and possibly most important step in addressing controversial histories is to talk about them. Continuing to avoid sharing the histories of marginalized peoples or difficult histories perpetuates the marginalization and the mystique that controversial topics get when people avoid talking about them. This step takes courage, but those who take it and do so boldly, find that it can have a tremendous impact on their community.

Slavery and the history of race in the United States is a major topic in many history and social justice settings. The Telfair Museum added to the conversation by telling the often overlooked history of urban slaves in their exhibit Slavery and Freedom in Savannah. This is an exhibit creating space for a new dialogue about the impact and legacy of urban slavery.

Exhibits and programming about marginalized communities must involve people from those communities. Community members should be involved throughout the process, from helping determine what type of questions the exhibit will address, to assisting with design, to visiting the final product. It is important that community members be given an advisory role in planning the exhibit and/or programming, so that they can provide continued insight and direction. Otherwise, there is a tendency for them to become simply resources for the exhibit, instead of truly involved community partners.

To learn even more about this project, download a free recording of the webinar AASLH held with the creators.

Changes in views and understanding come about when there is an acknowledgment of some degree of shared ground. Exhibits about marginalized groups and controversial histories that have an impact on their communities create opportunities for people to experience empathy. This can be done in a variety of ways, such as by evoking a shared emotion or creating settings where visitors can experience a glimpse of what others have gone through.

HistoryMiami’s exhibit Operation Pedro Pan, about the unaccompanied children who emigrated from Cuba to the United States from 1960 to 1962, used archival footage and first person interviews to help visitors understand what the migration was like for the children. They also recreate settings many of the children left, like the Havana airport, to create a physical setting for visitors to imagine the experience.

The Lombard Historical Society’s Footsteps to Freedom exhibit explored the history of the Underground Railroad by focusing on the work of local abolitionist Sheldon Peck. Peck’s 1839 homestead, the oldest house in the Village of Lombard, was a station on the Underground Railroad, and provides a lens through which visitors can understand larger themes about slavery, abolitionism, the Civil War, race, and social justice. Through thought-provoking text, reproduction objects, interactives, and the house itself as an object, Footsteps to Freedom brought a complex national story to a more immediate local level for visitors to analyze and experience. Discussions of Peck’s life as a radical abolitionist and his home’s significance as a refuge for enslaved people on the road to freedom were skillfully interwoven with current scholarship about the history and spread of slavery in nineteenth-century America. Archival and primary sources added to the discussion of the abolitionist community in the Lombard area.

Slaves and Slaveholders of Wessyngton Plantation

Slaves and Slaveholders of Wessyngton Plantation used innovative storytelling techniques to encourage visitors to understand the complex historical context of Americans who viewed slavery as a moral and practical institution and to explore how enslaved people exercised agency through how they made choices, built lives, and sustained families before, during, and after the Civil War. 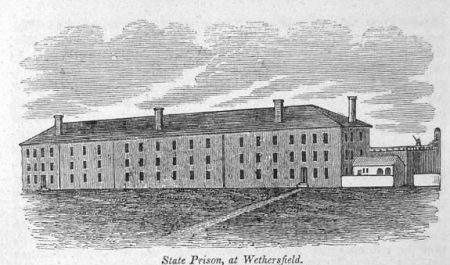 Castle on the Cove

The Wethersfield Historical Society partnered with the Connecticut Department of Corrections to develop an exhibit on the Connecticut State Prison in Wethersfield from 1827 to 1963. The results of the partnership was Castle on the Cove, an exhibit which explored the impact of the prison on the town and its development from the perspectives of inmates, employees, and town residents. The exhibit encouraged people to reflect on their own experiences as well as to explore the perspectives of others.