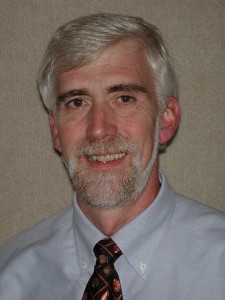 DES MOINES – The Iowa Department of Cultural Affairs (DCA) announced the retirement of State Curator Jerome Thompson, who has served in nearly every leadership position during his 33-year career with the State Historical Society of Iowa (SHSI), a division of DCA. Thompson’s retirement is effective July 2, 2015.

“I want to thank Jerome for his service to Iowans and the State Historical Society of Iowa,” DCA Director Mary Cownie said. “Jerome has had a long and successful career and has been a bedrock not only for the department but also as a steward for Iowa history and for Iowans across the state for more than three decades. We are grateful for his exceptional service to Iowans and we wish him all the best in retirement.”

“Jerome has been a trusted friend, colleague and advisor to Iowans, groups, organizations and others involved with Iowa history during the course of his career,” SHSI Administrator Susan Kloewer said. “I invite all Iowans to join me in thanking him for his commitment and passion for our state’s history. We congratulate him on a distinguished and rewarding career, and wish him well in retirement.”

An Ames native, Thompson graduated from Iowa State University in 1974 with a Bachelor of Arts in Anthropology and a minor in Journalism/Mass Communications. In 1977, he received a Master of Arts in Museum Science with an emphasis in Archaeology from Texas Tech University.

He took his first position with the Minnesota Historical Society, working at Fort Snelling – a historic site in Minneapolis/St.Paul – until July 4, 1978.

“On July 5th, I got on a plane in Minneapolis at 7 a.m., landed in Des Moines at 7:45 a.m., and started my new job at Terrace Hill at 8 a.m.,” Thompson said. “I arrived just as the tours at Terrace Hill were getting underway and reviewed site documents for the rehabilitation work being done at the Governor’s Mansion.”

In 2004, he was named State Curator, a role that returned him to managing the day-to-day activities at SHSI’s eight historic sites and providing technical assistance and advise to Iowa’s local historical organizations. He also filled the roles of SHSI’s Interim State Archivist and Interim Administrator. He also served on the board of the Iowa Museum Association in numerous capacities, including president in 1990-1992.

Among his many career highlights, Thompson identifies several milestones:

Thompson, however, finds his greatest professional accomplishment closer to home.

“The repatriation of human remains and cultural objects back to our Native American tribes and working with the Iowa Tribe of Kansas, Iowa Tribe of Oklahoma, Winnebago, Meskwaki and Lower Sioux Dakota has been deeply rewarding,” he said. “We’re talking about items that were brought into the (SHSI) collection beginning in the late 1800s through the 1950s. Those items need to be treated respectfully and repatriated, and not treated as scientific specimens.”

In retirement, Thompson plans to fish for trout in Northeast Iowa; volunteer for projects; travel with his wife, Gretchen; and visit his son, Grant, who is working toward a doctorate in horticulture at Cornell University.

State Historical Museum Curator Leo Landis will add the duties of State Curator to his current position and SHSI will be hiring a Sites Manager this summer to oversee Iowa’s eight historic sites.

More information about the State Historical Society of Iowa is available at www.iowahistory.org.