The prominence of religion in the history of our country is undeniable. Many of the first North American settlers brought their religious beliefs and practices with them, and these quickly became an immovable fixture on the developing American landscape. The developmental explosion experience by American Christianity, in particular, led to it becoming the primary “pulse of a new democratic society” (Nathan O. Hatch, The Democratization of American Christianity, p.6).

In 1850, the U.S. Census reported that there were 18 principal denominations in the country. By 1890, this number grew to 145. The 1906 Census of Religious Bodies reported this number at 186, reflecting not only the growth of population in the U.S., but also the increasingly diverse ethnic background of the country at the turn of the century (this very interesting document is available here).

I could go on, but to me it’s pretty clear that religion is an ever-present force within our collective past.

But does it really matter? 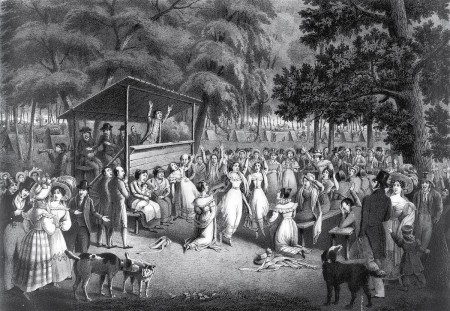 The relevance of history is a topic that many of our colleagues who practice history have recently begun to tackle en masse. One notable way that this struggle has manifested itself is through the History Relevance Campaign. The campaign asserts that history is essential for a variety of reasons, including its ability to nurture personal identity, teach critical skills, foster engaged citizens and inspire leadership. The overall emphasis is that history, rather than being a compilation of dates and events from long ago, has meaning and value for today and the future.

My question is this: Does all of this hold true when viewed through the lens of religious history? If history is essential for all the variety of reasons stated by the History Relevance Campaign, can the same be applied to a religious history perspective?  And does our religious history mean anything for our lives today, as well as for the future? If so, then why and how?

If not, then why bother?  There is, after all, evidence to suggest that religion is becoming less of a fixture, albeit slightly, in our country (depending on how you read the results of this recent study). Does this mean that religious history will become ir-relevant?

Admittedly, I am asking the above questions as devil’s advocate (am I allowed to do that on a religious history blog?) to the field.  For those of us practicing history, especially religious history, I believe that answer is wholeheartedly “YES!” However, it’s one thing to say “Yes, it’s relevant!” but another thing to actually articulate “why?” And the why for one person may be different for another. Which is why our differing perspectives and experiences are so valuable.  In the coming months, members of the Religious History Affinity Group, along with some guest posters, will be thinking about these issues, and sharing their thoughts on why religious history is relevant in our country today. 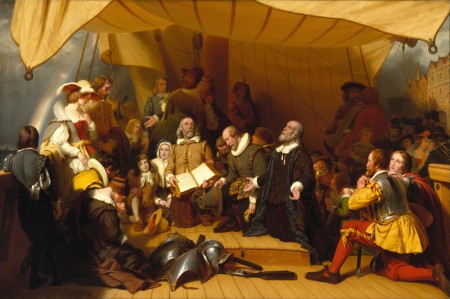 Embarkation of the Pilgrims by Robert Walter Weir

By way of introduction, allow me to share some reasons why I believe religious history IS relevant today:

Is religious history relevant today?  Yes it is…for the reasons stated above and for so many more.  Join the Religious History Affinity Community in the coming months as we think about these concepts.  Hopefully, it will create a dialogue and help us all sharpen how we see our past, present and future.

Aaron Genton is the collections manager at Shaker Village of Pleasant Hill in Harrodsburg, Kentucky.