Is There Something to Memento Mori? Interpreting Death at the W.H. Stark House

Is There Something to Memento Mori? Interpreting Death at the W.H. Stark House 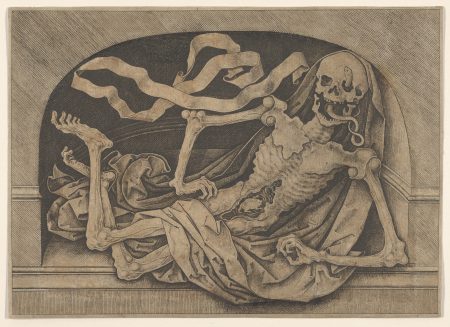 Memento Mori is a style of art that was popular from the 15th century through the 17th century, which gets its name from the Latin phrase meaning “remember you must die.” The style is marked by images of skulls and corpses and is intended to encourage the viewer to contemplate their own mortality. In a pluralistic society, in which there are multiple beliefs about the soul, life after death, morality, and mortality, memento mori is no longer common as an artistic style or practice of contemplation.

Death, and other sensitive topics which are uncomfortable and unsettling, are generally not the highlights of museum exhibits. Nevertheless, death, illness, and suffering often have significant places in religious life, as the sites of a variety of rituals, practices, and beliefs. Religious history can be a way of talking about topics that remind of us of our mortality in ways that invite reflection and conversation.

The W.H. Stark House in Orange, Texas is an example of a museum which did just that. As part of their revitalization efforts for the museum, they launched an exhibit called Death in the Family. In the exhibit, they explored the mourning rituals, of the Stark family in the 1880s and 1930s. The exhibit linked the family’s experiences of mourning with the broader national narrative. In feedback about the exhibit, they found it fostered multi-generational dialogue about mourning and that people were glad to have an avenue in which to talk about death in a healthy way.

By grounding the conversation in someone else’s story (that of the Stark family), the W.H. Stark House opened the door to the conversation about death and mourning and offered people an avenue to think and talk about mourning and loss in their own context. Religious history is deeply relevant because it helps us to explore uncomfortable and sensitive topics, like death and mourning, in ways that prompt reflection and dialogue.