Leveraging Technology to Do Better History

Leveraging Technology to Do Better History 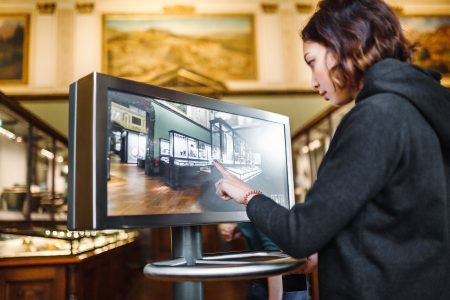 Digital technology is vast, constantly changing, and increasingly necessary to understand and utilize if your site wants to stay relevant. Here are four ideas from Leadership in History Awards winning projects on some ways to leverage technology to support your mission and engage diverse audiences.

The more senses people engage in an experience, the better they learn. The brain makes multiple connections based on the multiple sensory inputs, creating deeper and more lasting learning. Videos and interactive displays can engage multiple senses as well as the evoke emotion to capture your visitors’ attention and encourage learning.

The Civil War Museum in Kenosha, Wisconsin, created a 360-degree movie to give visitors an immersive experience in their project Seeing the Elephant. The movie, viewed on a large circular screen, takes visitors through the experiences of leaving home, training, fighting in battles, and dealing with the aftermath of war. The immersive rendering of war brings the conflict and the humanity of the people who engaged in it to life for visitors, in a way that an exhibit of text panels and display cases could not.

Websites have the distinct advantage of being easily accessible from nearly anywhere and by almost anyone. As a result, they can allow projects to reach a greater audience across a wider distance than if they were just housed in a museum or even touring as a traveling exhibit.

Why Treaties Matter: Self-Government in the Dakota and Objibwe Nations expanded from its original format as a traveling interactive exhibit to include a larger virtual exhibit, as well as community engagement resources and educational resources. The combination of traveling exhibit and website has allowed the project to reach tens of thousands, beyond its original audience of Minnesotans, to discuss the history and future of Native American sovereignty and treaties in the state.

Save Time and Effort in Production

Technology can speed up many processes that used to be done manually. This can be especially helpful for projects like transcribing oral histories, making them accessible to more people faster. For tasks that are time-consuming and predictable, someone has probably come up with ways to use technology to make it easier. You can leverage the time-saving tools people have already created to decrease your time and effort while increasing the project’s usability.

The Brooklyn History Society took on a massive project in 2011 to capture the stories and experiences of Brooklynites who self-identify as mixed-heritage. The Crossing Borders, Bridging Generations project resulted in a number of oral histories, which were processed using the OHMS (Oral History Metadata Synchronizer) to index and sync the interviews to make them easily accessible. This resulted in a searchable index of oral histories for researchers to access, as well as streaming interviews on the website.

Find More Ways to “Do History”

Technology can offer new and creative ways for people to research and share history. People who are better at expressing themselves verbally, for example, can leverage videos as a medium for sharing their work. People who are good at programming and/or web design can get involved with creating digital platforms for local history sites that might have been largely forgotten. 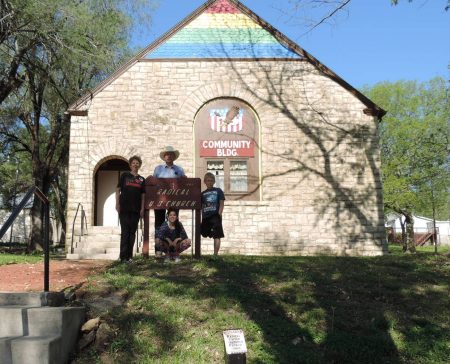 Fourth-grade teacher Sandy Gantz worked with her students, community volunteers, and local museums Constitution Hall and the Territorial Capital Museum to prove how technology could make researching and sharing history more accessible in their project 4th Graders’ QR Codes for Historic Sites in Lecompton, Kansas. The group researched sites around their town, which served as the territorial capital of Kansas from 1855 to 1861, and used what they learned to make short videos for each site. The spaces were then labeled with QR code signs, which allowed visitors to access the videos while standing in the places where history happened. The town’s walking tour incorporated the QR codes into their materials, further sharing the students’ videos with the community. Video and QR codes served as a way to get students and community members jointly involved with researching the history of their town and sharing it with others.

To learn more about the specific projects from these award winners, visit: