Living in the Past: the Heritage House Program at Strawbery Banke Museum

Living in the Past: the Heritage House Program at Strawbery Banke Museum 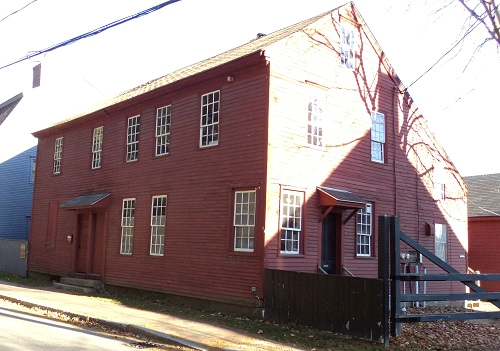 The front entrance of the Penhallow House on Washington St., Portsmouth, NH.

In a transitional world, museums must stay relevant to society. Change has redefined the public’s idea of what a museum experience is. Museums need to reinvent themselves in ways that increase public engagement and relevance, while maintaining sustainability in preservation and financial affairs. Strawbery Banke, an outdoor museum in Portsmouth, New Hampshire, has relied on many traditional practices, but the museum understands its need to adapt and remain flexible in its preservation of one of the oldest neighborhoods in urban America.

The Heritage House Program was designed to revitalize underutilized buildings on the Strawbery Banke Museum property. The program not only preserves the historic structures and restores them to a specific period in time; it provides residential and commercial space to the local community and museum revenue. Currently, there are seven completed apartments and six buildings containing thirty-one offices. The work is funded by individuals, corporations, grants, and in-kind contributions with a percentage of the annual rental income from each unit reserved for the preservation fund to ensure continued maintenance and funding for all historic houses on the museum campus.

Presently, the Penhallow House is undergoing restoration with Heritage House Program funding and is being investigated from multiple perspectives in preparation for its rehabilitation. This historic house has significance to the African American history of Portsmouth and is a site on the Portsmouth Black Heritage Trail. Samuel Penhallow, a local magistrate and deacon of the North Church, built the home c. 1750. As a local judge, Samuel Penhallow played a role in registering slaves and free black people in Portsmouth. The house was moved to Washington Street in 1862, where it resides today. Originally a single-family home, it included an added-on store or office before it was converted to a duplex in 1878. The Penhallow House contains many of its interior features and is the only “saltbox” house remaining in Portsmouth. In the early stages of restoration and research, museum staff has chosen to focus on the African-American inhabitants of the mid-20th century. With collaborations between staff, the New Hampshire Black Heritage trail, and local community, further planning is underway in developing the future role of this historic house at Strawbery Banke. The Penhallow House is being considered for residential and office space, with reserved exhibition space to interpret the history of the home and its residents. 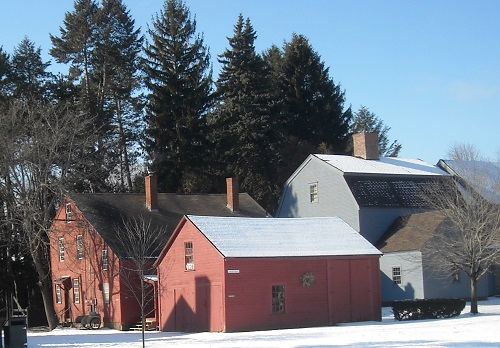 The rear side of the Penhallow House from the Strawbery Banke Museum grounds.

Since its rescue from the 1950s city renewal projects, the Strawbery Banke Museum has not only found control of its own site and economy, but also shared authority with its community and city history. The vast changes in the museum’s look, function, and internal structure, over the years since its establishment in 1978 demonstrate an ever-changing dynamic of a reinventing museum. The ability to not only find funding through modifying excess space, but also including the community to utilize this space, is a unique strategy worth learning from, as the Heritage House Program exemplifies historic preservation with an outcome of community inclusion through rental space and revenue to support museum operations and exhibition space.

Want to write for the AASLH blog? Submit your article here.