The American Association for State and Local History (AASLH) proudly announces that historian, author, curator, and educator Lonnie G. Bunch, III will be presented with the AASLH Award of Distinction on September 8 at the association’s Annual Meeting in Austin, TX.

Lonnie G. Bunch, III is the founding director of the Smithsonian’s National Museum of African American History and Culture.  In this position, he promotes the museum’s mission to tell the American story through the African American lens, and provides strategic leadership in areas of fundraising, collections, and academic and cultural partnerships.  Prior to his July 2005 appointment as director of NMAAHC, Bunch served as the president of the Chicago Historical Society, one of the nation’s oldest museums of history; curator of history for the California Afro-American Museum in Los Angeles; and several positions at the Smithsonian Institution. In 2017, Bunch was elected as a member of the American Academy of Arts and Sciences. 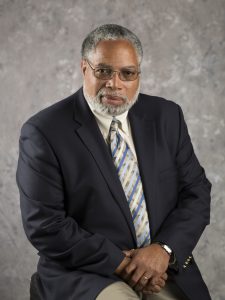 The Award of Distinction is given infrequently in recognition of long and very distinguished individual service. Recipients are noted for their contributions to the field of state and local history including their service and volunteerism to the field and are recognized nationally as leaders in the profession. The Leadership in History Awards Program was initiated in 1945 to build standards of excellence in the collection, preservation, and interpretation of state and local history throughout America.

“The Award of Distinction is AASLH’s highest honor, given to special colleagues whose commitment, leadership, contributions, and perseverance show the way for the rest of us,” said Katherine Kane, Chair of AASLH’s Council and Executive Director of the Harriet Beecher Stowe Center. “I am delighted that Lonnie is being recognized with this award.”

A prolific and widely published author, Bunch has written on topics ranging from the black military experience, the American presidency, and all-black towns in the American West to diversity in museum management, and the impact of funding and politics on American museums. Lectures and presentations to museum professionals and scholars have taken him across the United States and to many nations abroad, including Australia, China, England, Ghana, Italy, Japan, Scotland, South Africa, and Sweden.

The Award of Distinction will be presented to Mr. Bunch at the 2017 AASLH Awards Banquet at the AT&T Executive Education and Center on the University of Texas campus on Friday, September 8, from 6:30 to 9:30 p.m., as part of the AASLH Annual Meeting in Austin. For more information, contact Bethany Hawkins at [email protected].