The Virginia Center for Architecture announced last week that Maymont Mansion ranked #13 in a public poll to identify Virginia’s Favorite Architecture from among 250 buildings, bridges, monuments, and memorials in the Commonwealth. In the Richmond region, Maymont Mansion was second to #11, Main Street Station, and ranked just ahead of #14, the Virginia State Capitol building. The structures were nominated by architects to represent Virginia’s rich architectural heritage. The survey, which garnered nearly 30,000 votes, found that Virginians chose buildings that evoke powerful emotions and memories as their favorites. 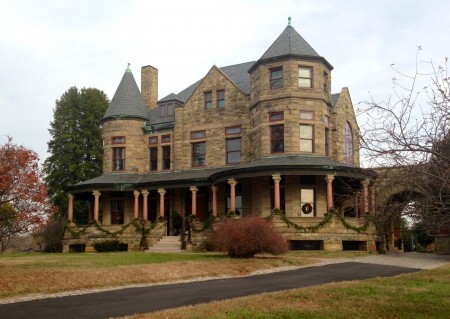 “Keeping in mind that favorite doesn’t necessarily mean best, the results make it clear that we forge deep personal connections to architecture,” says Virginia Center for Architecture Executive Director Helene Combs Dreiling, FAIA;  “Buildings that hold sentimental value for us are just as meaningful as those that are considered to hold great architectural or historical significance.”

Maymont Mansion stands at the heart of Maymont, the 100-acre estate of James and Sallie Dooley from 1893 to 1925. Their home was given, along with a large collection of original furnishings and artwork, to the City of Richmond to be open to the public as a museum and park. The architect of the Maymont Mansion, Edgerton Stewart Rogers (1860-1901), born and educated in Rome, combined the Romanesque Revival style with picturesque Queen Anne elements for the 12,000-square-foot, 33-room residence. Among historic house museums, the restored mansion is rare in that no intervening families or adaptive conversions separate us from the original owner’s 32-year occupancy.

Today, Maymont Mansion is a well-preserved document of Gilded Age design and the taste of two well-educated, cosmopolitan individuals in the mainstream of their times. Moreover, the mansion is set within the remarkably intact landscape of the estate, one of the most complete examples of the Gilded Age opened to the public in Virginia. Over the past three decades, the Maymont Mansion has been the subject of a painstaking, long-term restoration and conservation project, honored in 2011 by the joint American Institute for Conservation and Heritage Preservation Ross Merrill Award for Outstanding Commitment to Preservation and Care of Collection. The work has been largely supported by federal and private foundation grants and the Maymont Council, now celebrating 30 years of exceptional stewardship. The Maymont Mansion is maintained by the private non-profit Maymont Foundation and open to the public year round for tours. 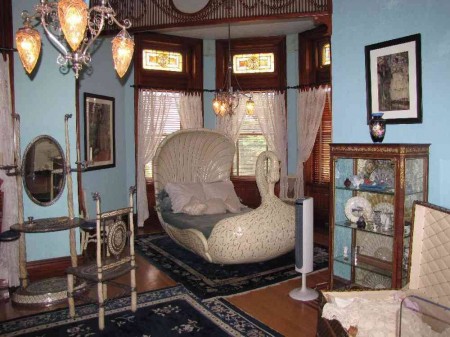 “Surveys demonstrate clearly that our visitors love the mansion,” remarked long-time curator Dale Wheary.  “We see awestruck expressions daily as guests marvel at the Tiffany stained glass, the French drawing rooms, the Swan Room, and all the behind-the-scenes details of the restored domestic service rooms. The mansion’s authenticity, opulent interiors, and engaging story captivate guests from all walks of life and all ages.”

The Dooleys’ summer home, Swannanoa, on Afton Mountain is also on the list at #40. Noland & Baskervill’s design for the luxurious marble villa drew inspiration from the Italian Renaissance and is particularly reminiscent of the sixteenth-century Villa Medici in Rome. Completed in 1913, Swannanoa in its day rivaled the lavish cottages of Newport. It is privately owned and operated.

An exhibition titled Virginia’s Favorite Architecture opened on Thursday, April 10 at the Virginia Center for Architecture and highlights each of the 100 structures identified as Virginia’s most beloved pieces of architecture. The exhibition runs through Oct. 19.

Maymont Mansion tours this spring feature the special exhibition “Elegant Entertaining,” depicting the elaborate social occasions of the turn of the 20th century. Tours are available Tuesdays through Sundays from 12 to 5pm.