My 5 Favorite Props to Use in Programs

My 5 Favorite Props to Use in Programs 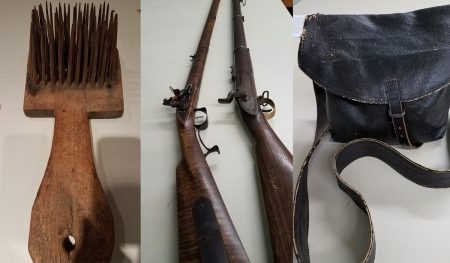 One thing that every interpreter has to do to be effective is to get and keep their audiences’ attention. If no one is listening then there is little value to what is being said. Of course we could all just jump up and down shouting, “Listen to me! Listen to me!” over and over, but most of us have developed slightly more subtle techniques than that. We all know that certain topics, programs, people and artifacts are are going to lend themselves to getting attention better than some others, so here is a list of five objects I love to use in various programs. 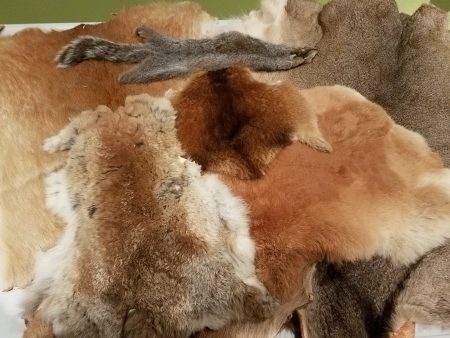 Whether it is talking about early hunting or clothes making, animal skins are always a big hit with kids. Anything with a gross factor is going to immediately be cool, and since very few of the kids that visit us have ever skinned an animal this is definitely a little gross. Also as I show off a skin, I like to have the group try and guess what kind of animal it used to be. Sometimes that game goes smoothly, and sometimes every single one of the skins is a “bear.” Once we go through that the next big thing is getting to feel the furs and see the difference between deer, rabbit, squirrel, and chipmunk. (Pro Tip: Don’t pass them out if you still have anything to say to the kids.  This prop can be too good at getting their attention.) 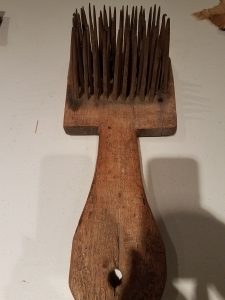 This is great just because it looks more like a torture device than an old timey tool. I like to bring the flax hackle out from behind a table or out of the closet suddenly. There is nothing like surprising a group of children (and adults charged with their safety) with an old piece of wood filled with six inch long, hand forged iron nails held over your head to get some attention. This is one of those props that can really can speak for itself. Once you go into what it would be used for and how it works, some of the mystery is lost, but it does make for a fun guessing game for the first little while. Plus it never hurts to see how wide and audiences eyes can get.

This one I like mostly because I love the program that they go with. We do a program that takes the kids through their lives as an apprentice in an early print shop. It is a great way to show the kids the difference in their education today and how they would have learned a trade back then. This is another great item for a guessing game. Many students will guess that they are some kind of stamp, which isn’t far from the truth, but you will get plenty of maracas or early boxing gloves. The most fun with these is talking about how those kids would have to clean all of that ink off of the leather when they get dirty. Turns out the easiest way is to simply soak them in a bucket of urine, reach in and grab them, and ring them out to dry.  You pretty much have all eyes on you from the word urine. (Pro Tip: For some audiences I use the term ink daubers instead of ink balls.) 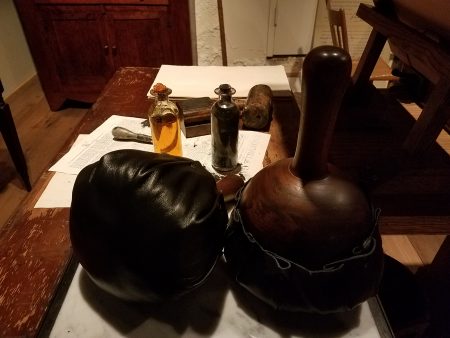 I tend to use a Civil War era haversack for most of my programming, but I like the name longhunters gave their bags even better: Possibles Bag. That is exactly why this prop is such a great tool for programming. It could possibly hold anything. Kids will be wondering what is in there from the beginning and as your program goes on you can keep going back to reveal something new and interesting over and over. A stale piece of hardtack, flint, tools, a knife, and needles and thread can all add an extra dimension to a program. Having a bag on your shoulder where just about anything can come out will keep the kids guessing the whole time. 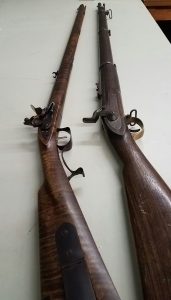 They’re guns. There isn’t much more to say. If you come out holding a gun, everyone is looking at you. Is that real?Is it loaded?  How would you load it? Does it shoot? How heavy is it? Can I hold it (my answer is always no)? And if you are somewhere where you can fire the gun without getting the cops called on you, then you can do anything you want from there.

What are you some of the props or items that get the most attention in your programs? I could always use some more ideas.