NEW YORK, NY, December 12, 2013 – In Spring 2014, the New-York Historical Society will present a range of exhibitions reflecting the diversity of themes that the institution explores and its dedication to investigating the influence history has on today’s world. The exhibitions will examine New York City architecture, fashion and photography through the lens of the legendary Bill Cunningham; the early history of African American basketball before the dawn of the National Basketball Association; the second installment of Audubon’s Aviary, showcasing New-York Historical’s unparalleled collection of Audubon watercolors; and an exhibition of quilts and textiles created during the Civil War. 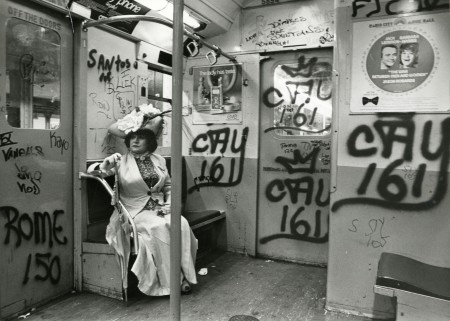 Bill Cunningham: Façades, on view March 14 through June 15, 2014, will explore the photographer’s eight-year project documenting the architectural riches and fashion history of New York City.Highlighting the historical perspective the images suggest—not just of the distant past, but of the particular time in which they were created—the exhibition will examine Cunningham’s project as part of the larger cultural zeitgeist in late 1960s-70s New York City, an era when historic preservation and urban issues loomed large. 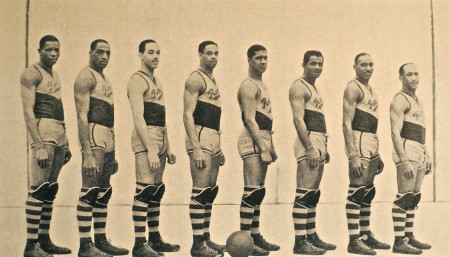 Courtesy of the Black Fives Foundation

Also opening on March 14 and on view through July 20, 2014 is The Black Fives, an exhibition exploring the pioneering history of the African American basketball teams that existed in New York City and elsewhere from the early 1900s through 1950, the year the National Basketball Association became racially integrated.  Drawn nearly entirely from the Foundation’s collection, the exhibition will feature memorabilia, photographs, documents and other historical materials from the Black Fives period.

Opening just after the official start of spring, New-York Historical will present Audubon’s Aviary: Parts Unknown (Part II of The Complete Flock), the second of three exhibitions offering an unprecedented opportunity to explore the evolution of John James Audubon’s watercolors in the order in which they were engraved.  This once-in-a-lifetime exhibition follows Audubon into unchartered territories—geographic, artistic, and scientific—as he encountered and mapped new species and grappled with the disappearing illusion of America’s infinite wilderness. The vast majority of the watercolors in Parts Unknown are water birds, many of which are among Audubon’s most spectacular and largest birds. 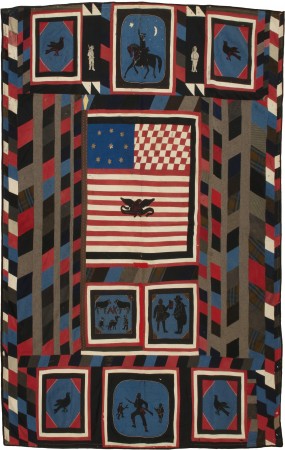 The New-York Historical Society continues its contribution to the nationwide conversation on the sesquicentennial commemoration of the American Civil War (1861-65) through the exhibition Homefront & Battlefield: Quilts & Context in the Civil War. On view April 4 through August 24, 2014, the exhibition offers a new perspective on the most divisive period in American history, reflecting the personal sacrifice, heroism, mourning and reconciliation that changed the course of the nation. Using textiles, clothing, artifacts, and images—from the noose reportedly used to hang abolitionist John Brown, to a quilt made from Union Zouave uniform fabrics for a soldier returning from the war—Homefront & Battlefield will examine how textiles were both an expression of and a motivating force behind American politics and culture. Organized by the American Textile History Museum, this presentation will also feature significant artifacts from New-York Historical’s collection, including a Union officer’s uniform jacket worn during his ten months in Confederate prison, and a massive silk regimental banner rescued in battle during the Appomattox campaign.

New-York Historical is recognized for engaging the public with deeply researched and far-ranging exhibitions, such as WWII & NYC, Alexander Hamilton: The Man Who Made Modern America; Slavery in New York; Drawn by New York: Six Centuries of Watercolors and Drawings at the New-York Historical Society; Grant and Lee in War and Peace; Lincoln and New York; Nueva York (1613-1945); Revolution! The Atlantic World Reborn; and The Armory Show at 100: Modern Art and Revolution, which is currently on view untilFebruary 23, 2014. Supporting these exhibitions and related education programs is one of the world’s greatest collections of historical artifacts, works of American art, and other materials documenting the history of the United States and New York.