Nomenclature Conundrum: When is a Model Not Really a Model?

Nomenclature Conundrum: When is a Model Not Really a Model? 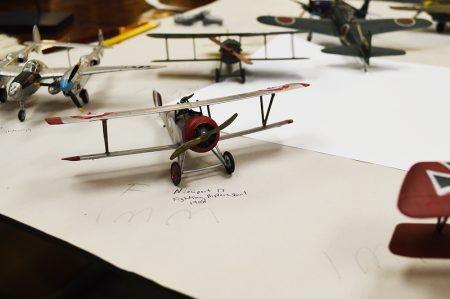 Within Nomenclature 4.0 there are a few variations on the term “Model,” which falls under the classification of Documentary Artifacts, sub-class Other Documents. Most of the variation of the terms fall under this same umbrella as a secondary term such as “Model, Patent” or “Model, Topographic.” But is there a time when a model is not really a model? Short answer is, it depends. For example a model car or airplane dutifully built by a child or adult might be a toy at the end if it were designed to be that way, at which point the term could be “Toy, Car.”

In our collection we have a few different types of models, most of which would fall under the term “Model” and described more specifically as we catalog. A good example of this is a rather large (new) collection of model airplanes built by an alumnus as a way to deal with the after affects of World War II. Over his lifetime he’s probably constructed over one-hundred such models; we have approximately 75 of them. All of these will be termed “Model” and cataloged as such as naming them “Airplane, Military” could skew the interpretation of the records down the road and make a future version of myself think the university has 75 actual airplanes hanging around a hangar somewhere.

Our conundrum will be when we eventually receive a model of a ship, which was built for the sole purpose of helping a major model company design and replicate the ship for its retail model kit line. So in essence the ship is a “Model” in the traditional sense AND doubles as a “Model, Product” because of its designed purpose. For our purposes, it will likely be entered as “Model, Product” with copious notes about its purpose, information about the company who commissioned it, etc.