One of the conundrums staff faces at the Molly Brown House Museum in Denver, Colorado is surprisingly, a dearth of primary source material on Margaret “Molly” Brown. As a historic house museum which focuses on the biography of an internationally recognized western female figure, newspaper articles tell us what she wore, where she traveled and even what she said on many a given day. 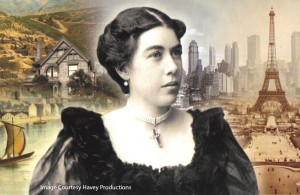 BUT, try to find a letter which definitively puts Margaret Brown in France in 1917 driving ambulance for the Red Cross? OR find a photograph which places her at the Marble House Conference of Great Women in Newport, Rhode Island in 1914? NOT GONNA HAPPEN.  How then does a historic house museum use biography when its own archives are incomplete and the primary sources seem insufficient to paint a complete picture? Better yet, how does this in of itself become a teaching tool?

The study of a biography can provide historic house museums valuable learning opportunities by providing ample ways to explore primary sources, encourage critical thinking, and conduct both literary and historical analysis.  Biography has numerous uses that make tangible important humanities themes by expressing myth or fiction, community identity, popular story telling or the historical narrative of a particular time and place.  These themes include the use of biography in history, the application of biography as a tool to express regional identity, and the presentation of the past through popular culture outlets, such as literature, theater, opera, and cinema.

By the second half of the 20th century, changes in historical analysis, especially regarding the experiences of women and minorities, caused a re-examination of America’s most significant biographies.  As Richard Etulain described in his book Re-Imagining the Modern American West, “the hegemonic Wild West myth had to be challenged, even destroyed, if women’s experiences in the American West were to be understood.”

Almost immediately after her death in 1932, Margaret’s legend began to grow and change. The first biography of Margaret Brown was in the regional best-seller, Timber Line which includes an embellished account of Margaret’s life, beginning with her unrealistic birth during a cyclone in Colorado.  Fowler sold the rights to his story and the musical “The Unsinkable Molly Brown,” by Meredith Willson and Richard Morris, resulted.  The musical became a smash hit on Broadway and a Hollywood movie of the same name hit theaters in 1964. 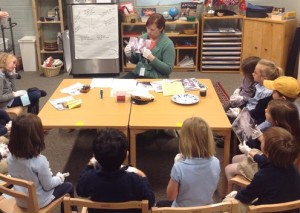 Fast forward 50 years and the Molly Brown House Museum is still taming the embedded western mythologies which, coupled with the absence of some critical primary sources, actually creates opportunities for teachable moments in the story of Margaret Brown. Her work in the aftermath of the Titanic disaster is fairly well-documented, but for instance, when we move forward two years in her life to 1914 concerning her work driving ambulance during WWI, her actions are not as well documented.

This period in Mrs. Brown’s biography allows us to talk about personal and public communication during periods of war. Such topics as censorship and propaganda, oral histories, disrupted infrastructures, trench warfare, and early technologies in communication all help museum learners understand the shifting nature of primary sources. Now, if only we had that letter from Mrs. Brown reporting her experience driving wounded soldiers from the battlefield!

By Andrea Malcomb, Director of the Molly Brown House Museum in Denver, Colorado.