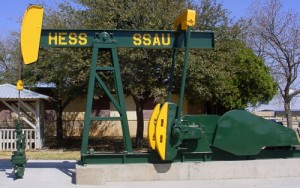 The school tours are the biggest yearly program for the museum. The museum director pushed the idea, but that’s no surprise; he was a teacher for more than 30 years.

Each May, public school students from first through fourth grades tour the museum, along with the adjacent public library, which uses the visits to tout its summer reading program.

Art Linkletter was right: kids do ask the darndest things. They’re bewildered by the 1950s console hi-fi stereo (“What are records?”) in the lobby and the buckboard wagon (“What makes it move?”).

When told the five-foot-tall hay scythe with cradle could cut more than an acre a day, one youngster asked, “Did they put it in a truck?”

At the same time, I wasn’t ready for some other questions. With the popularity of TV shows such as “Pawn Stars” and “American Pickers,” I shouldn’t have been surprised that the kids would constantly ask, “How much is it worth?” or “What would you sell it for?”

I never imagined that question would be uppermost in their minds in a museum visit.

Other “blindsiding” moments took place in the museum’s “military” room, which features uniforms, weaponry and all manner of gear from past wars, including American, German and Japanese rifles. After hearing about the weapons, we could usually count on one student taking several minutes to regale us with tales of the carnage he inflicted while playing video games such as “Call to Duty.” I never quite got used to this.

Nevertheless, the tours yielded rewards. The director always invites the students to come back with their parents. And they do.

And when that happens, and the kid tells his or her parents, “I want to show you what they used to cut hay,” you feel you’ve made an impression. And a memory.

Not bad for a building full of old stuff.