Reflections on the Small Museums Committee: A Conversation with Cinnamon Catlin-Legutko

Reflections on the Small Museums Committee: A Conversation with Cinnamon Catlin-Legutko

We’re looking back in time – March 31, 2004, to be exact – to when the Small Museums Committee formed, and honoring the progressive folks who made up the inaugural committee.

Today we’re checking in with Cinnamon Catlin-Legutko, founding chair of the Small Museums Committee. Today Cinnamon is the President and CEO of the Abbe Museum, a medium size museum, but she still regularly relies on the knowledge and skills she gained while working in small museums and serving on the SMC. 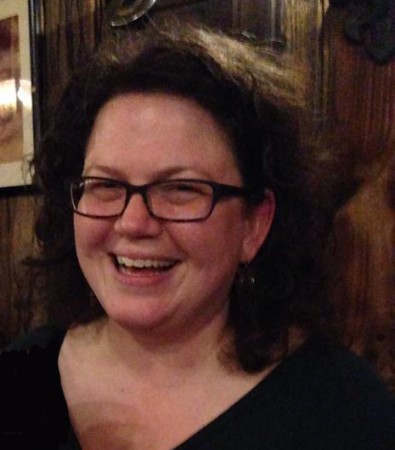 Cinnamon Catlin-Legutko, President and CEO of the Abbe Museum

Here’s what she had to say:

In 2004, when I was in my 3rd week of SHA, AASLH’s President and CEO, Terry Davis, asked me to serve as founding chair of the Small Museums Committee. I was working at the General Lew Wallace Study and Museum then, so this was a chance for me to figure out how to grow the place, and to think about the field in very real time. I remember sitting in my office, trying to run a SMC conference call while operating the museum simultaneously.

AASLH was right in the thick of it when small museums were first getting attention on the national level in the mid-2000s. At the same time, the American Alliance of Museum’s Small Museums Administrators Committee was already in existence and finally getting traction.

With the Small Museums Committee, the first order of business was getting the scholarship in place. The first year, we sent one scholarship winner to the Annual Meeting. In 2014, the SMC raised enough to pay for six full-time and two partial scholarship winners. That’s how much we’ve grown in ten years.

As a young committee we were trying to get out publications for the field. While there were plenty of good resources addressing the needs of small museums out there, they weren’t written by folks working in small museums. We wanted to start a national movement, so we all began conducting sessions on small museums issues at numerous state, regional and national conferences.

We began writing a series of articles, the first being AASLH Technical Leaflet #242 from the Spring of 2008, entitled “DIY Strategic Planning for Small Museums.” [It’s available for download here] The Small Museum Toolkit also evolved out of that. [This six-volume set covers every conceivable topic on operating small museums. Learn more here.]

That project became much larger than we first envisioned. We knew it had to take the form of a conversation initiated by folks working in small museums. I believe the Small Museums Committee is successful because it stays true to that vision of making us all aware of how much work it involves, while providing camaraderie.

It takes a special person to work in a small museum. It’s not for everyone. These conversations were crucial in developing these resources and in determining the directions the committee would take.

Some of my best and earliest memories of collegiality came out of the SMC. They get it, and they understand it.  What was most memorable at the beginning was that we were so busy—how could we carve out the time to do it?  But we did it.

For me, SMC is important, but the AASLH support network and the SHA experience were invaluable; they really propelled us forward. [The General Lew Wallace Study and Museum, under Cinnamon’s leadership, received a National Medal for Museum and Library Service in 2008.] What I learned there provided validation and momentum.

Small museums have an advantage over big museums in that they apply for different grants than bigger museums. We carefully constructed feasible proposals that met our operational goals, worked on capacity building, and kept in line with a realistic strategic plan. We emerged out of the caretaker mode, then into an operational mode, and finally into the professional mode through perseverance and hard work. A big reason we received that award was because we were doing a good job, we were telling people what was possible, and we were being effective advocates. The more small museums share their experiences, the better we’ll all be.

Just when I think small museums have defined themselves as legitimate partners in the field, I’m surprised how many people still don’t take them seriously. We need to get out there and tell people about the work they’re doing.  Even though I now work in a medium-sized museum, I still rely on my experience working in a small museum.

We need to keep these conversations alive, spreading the word about the good work always being done in small museums.

Special thanks to Cinnamon Catlin-Legutko for taking time out to reflect back on the establishment of the Small Museums Committee and the importance of small museums.