Religion and the Western Landscape: A Continuation of the Discussion “Is Religious History Relevant?”

Religion and the Western Landscape: A Continuation of the Discussion “Is Religious History Relevant?”

“Is religious history relevant?” From my experience, I’m surprised that the question even needs to be asked. Let me explain why.

To begin, I live in Utah. Yes, that Utah. That interesting place out west that is home to wide streets, weird city names like Nephi (nē´fī) and Moroni (mō-rō´nī), and the best skiing on earth! Next to its great powder, the one thing most people associate with Utah are the Mormons—members of The Church of Jesus Christ of Latter-day Saints. 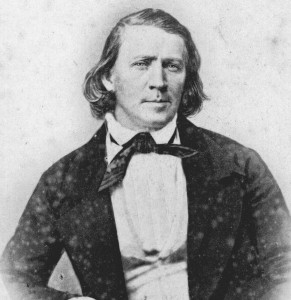 Mormons first arrived in the Salt Lake Valley in July 1847. They weren’t the first, or the last, to travel across the plains, but their reason for coming west differed from those who went to Oregon or California. Mormons journeyed west not for gold or good land but to establish the kingdom of God on the earth—in a very literal sense. Within days of arriving in the Salt Lake Valley, they went to work to build a city, based upon religious principles, that would accommodate thousands who would soon follow.

In the early 1830s, Joseph Smith and other church leaders created a plan, called the Plat of Zion, for a religious community. The principles of the plan included a sacred center designated for religious worship and administration, wide streets oriented to the cardinal points of the compass, and large square blocks, with farms located outside of the city. This plan served as the pattern not only for Salt Lake City but also for many communities founded by the Mormons throughout the West. Many elements of the Plat of Zion, including the uniformity of the layout, are still visible in these cities and communities today. I noticed this when I first visited southern Alberta, Canada, a number of years ago. The communities of Cardston, Magrath, Raymond, and Stirling, all founded by Mormon settlers, look as if they were plucked from Utah or southern Idaho and dropped on the Canadian prairie.

To see another influence left by the Mormons in Utah and parts of the West, all one needs to do is look at a map. As previously mentioned, Utah has a fair share of oddly named communities. Many of these names, likes those I mentioned earlier, are names found in the Book of Mormon. Other communities are named in honor of early Mormon leaders. Some examples are Brigham City, St. George, and Morgan—named after Brigham Young, George Albert Smith, and Jedediah Morgan Grant. 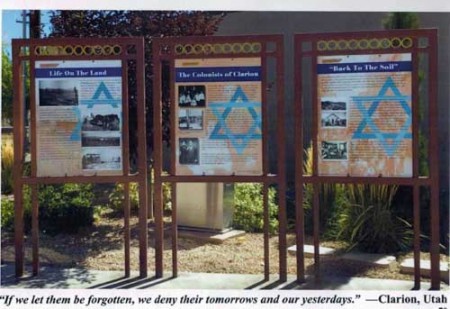 The Mormon Church isn’t the only one that has left a mark on the landscape of Utah and the West. Many faiths have left their mark on the Utah landscape. For example, the Cathedral of the Madeleine majestically sits in the Avenues district of Salt Lake City. The town and county of Escalante remind us of the first European explorers—led by Franciscan priests Atanasio Dominguez and Silvestre Vélez de Escalante—in what is now the western United States. Clarion, Utah, the last majaor Jewish colonization effort in the United States, though a ghost town, is a reminder of Utah’s rich multireligious heritage.

Today, Utah is a mélange of people of differing faiths, cultures, and backgrounds. The faith of each of these groups has left a mark—and continues to do so—on the physical landscape of Utah and the Intermountain West. 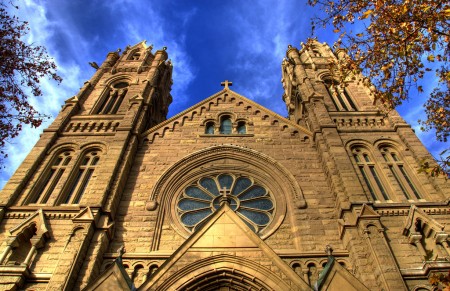 Cathedral of the Madeleine