Seeing the History in Current Events

Seeing the History in Current Events 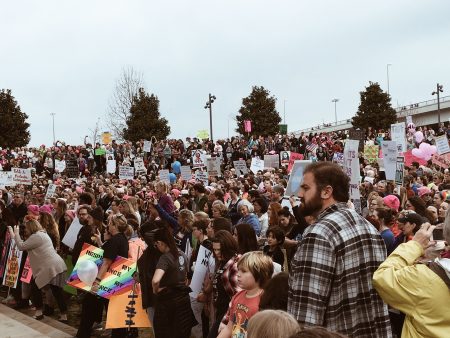 Protesters in Nashville, TN on January 21.

Throughout recent history, individuals and institutions have collected and presented objects that represent major current events. When faced with topics from the Civil Rights Movement, September 11th, Ferguson, and the Women’s March, it is important that items are collected to preserve these times for the future. As a field, especially now, how should our organizations respond to current events?

On Saturday, January 21, demonstrators from all walks of life, ethnicities, and genders combined forces across the country in large groups for the Women’s March. Marches took place across the country in cities from Washington DC and Boston to Chicago and Los Angeles and everywhere in-between. In light of these marches, museums and archives across the country—even including one in the UK—have announced they are collecting materials from individuals who participated. You can check out this map so see a compilation of information on institutions collecting materials.

The Women’s March on Washington Archives Project (@WMWArchivesProj) has created a Twitter handle where they are engaging individuals, professionals, and organizations in the collection and preservation of the events that unfolded on January 21. 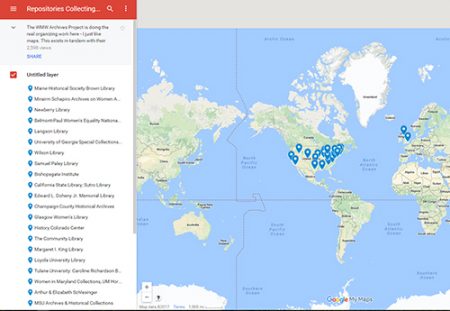 A map of institutions collecting materials from the Women’s March.

It is important to note that history is made every day, and what may be ‘current’ today will soon become history. It is important that historical repositories recognize this and preserve past and present events. In a 2001 survey commissioned by the American Alliance of Museums, it was found that “Americans view museums as one of the most important resources for educating our children and as one of the most trustworthy sources of objective information.” Sources were ranked on a scale of 0 to 10, with 10 being completely trustworthy and 0 being not at all trustworthy. History Museums & Historic Sites were ranked 6.7, Museums 6.4, and Art Museums 5.9 while Local Papers ranked at 5.7 and the US Government at 4.9.

Those rankings show the importance of our Museums. The public trusts what we present more than our Government. Thus, it is responsible and timely for our organizations to collect and present these stories.

Over the last week, the Department of the Interior’s tweets with images of the National Mall came under fire after they were found to be unfavorable to the current administration and were removed. This week, Badlands National Park went ‘rogue’ and tweeted facts about our environment. While it is now said the account was compromised by a former employee, these tweets still raise an important point. When museums and historic sites are ranked among the most trustworthy sources, is it the job of these organizations to present the facts in a very honest and public way? 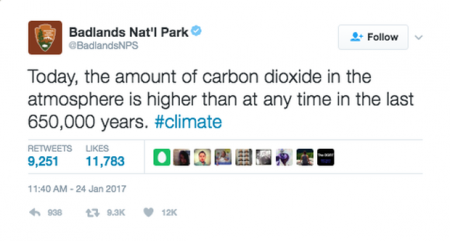 During his 1931 Annual Address for the American Historical Association, Carl Becker stated in reference to historical events, “The event was, but is no longer; it is only the affirmed fact about the event that is, that persists, and will persist until we discover that our affirmation is wrong or inadequate. Let us then admit that there are two histories: the actual series of events that once occurred; and the ideal series that we affirm and hold in memory.” The public—and often times our leaders—hold on to a particular idealized memory, whether true or not, based on their interpretations. By collecting and not censoring what was created, museums are able to help trace the sequence of events that happened. This can be seen in what the Women’s March on Washington Archives Project is doing: serving as a hub for information.

With history being made and contested all around us, history professionals (emerging and established) need to help ensure that museums continue to be a trustworthy source for the public to turn for information. Go out and collect, preserve, and present what is important to your organization and to yourself. 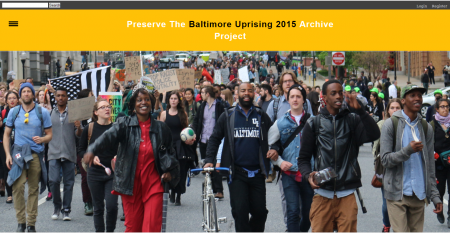 The home page of the Preserve the Baltimore Uprising 2015 Archive Project.