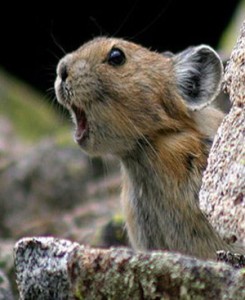 At AASLH’s 2010 Annual Meeting in Oklahoma City, Small Museums Committee (SMC) members showed how small museums and their communities, despite their relatively smaller sizes, have a big impact. The audience learned how representatives from small museums in Texas, Arkansas and Oklahoma had – in various and significant ways – seized the “winds of opportunity” to enhance their funding, programming, social media, and school outreach activities.

The following year, in Richmond, the SMC held a slightly different session, even though it had a similar theme. Three panelists focused on one topic – partnering with local organizations – and provided examples of how their respective organizations successfully achieved this goal. Organizers also abbreviated the three presentations, so that audience members could share their own positive and negative partnership experiences.

This year, in Salt Lake City, representatives from three small museums will show in “Small Museums, Big Impact!” how their exhibitions successfully reflect the vibrant connections they share with their surrounding communities and with the wider world:

The SMC has again made some changes in this year’s session. Panelists will first briefly summarize their individual projects. Audience members will then re-arrange chairs and create three separate areas, one around each presenter, for 25 minutes of Q & A discussion. The session’s remaining time will involve moving to and interacting with another presenter.

By focusing on one topic and encouraging greater participation, the SMC hopes that this session will have as much of an impact on the participants as these exhibit projects have had in their local communities.