So Important, the County Has to Fund Us

So Important, the County Has to Fund Us

Editor’s note: This post is part of a four-part series to highlight AASLH members in the state of Minnesota who are doing unique and collaborative work and are real-world examples of the 2014 AASLH Annual Meeting Theme: Greater Than the Sum of Our Parts.

One day, a lady from a county historical society called and asked how we begged for our money from the county. Carver County Executive Director Wendy Petersen-Biorn stated responded that “we didn’t beg for money. What we did was to make sure we provided a needed service to our community for a very good value. A value so good the county couldn’t afford not to fund us.” 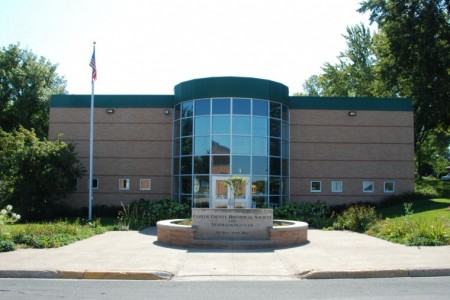 What she didn’t know is that I had made sure we were also in the County’s 2030 Comprehensive Plan.

In 2007, Petersen-Biorn was hired to take over as Executive Director of the Carver County Historical Society. That same year, Carver County was designing its state mandated 2030 Comprehensive Plan. This plan required a historic preservation piece. Originally, the county had hired the work out to an organization in the Twin Cities. The problem was what they were getting back was idealistic. They wanted something more realistic, something they could follow through with.

Petersen-Biorn was asked if she could help with the process. The culture of Carver County is both urban and rural. Petersen-Biorn was able to make headway, where the “city people” could not. She had been reared on a farm and knew the farm language and culture.

Through a series of meetings, a new historic preservation piece was designed.

It included adding language that made the Carver County Historical Society the designated county archival depository. This was accomplished by using simple business logic. If the historical society maintained the documents, it would free up space in county buildings for more office space. This reduced the costs associated with construction. It was also the most logical space to keep historical documents. With 70 years under its belt, the CCHS wasn’t going anywhere.

Other county partnerships have flourished as a result of the partnership with the county.

One large annual event is the county wide picnic which moves to different cities each year. Now in its fourth year, the picnic organizers partner with the host city, their local historical community, the Carver County Arts Consortium, local businesses, and various other local groups. The purpose is to bring the urban to the rural and vice versa. It is a chance to meet neighbors in a casual setting.

Today, the CCHS and County partnership is stronger than ever. Using facts, figures, charts, graphs, and only the highest ethics and transparency, the CCHS and Carver County have earned each other’s trust. The results have been phenomenal growth, which benefits everyone.