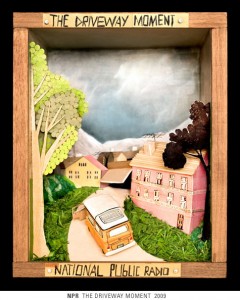 What are the sounds of your historic house museum?  I thought about this the other day as I drove to the grocery store listening to an NPR story about a company called Acoustic Archives.  I totally had one of those “driveway moments” they talk about during pledge drives – you know the ones where you’re sitting in your car in the driveway staring fixedly at the radio urging the reporter to speak faster because you really need to  a) get into work before the boss deems you tardy, 2) punch in your pin code on the ATM before the driver behind you blows a gasket, or 3) hop inside because the pint of Ben & Jerry’s is rapidly decomposing into your upholstery.  Yep, there I was thinking about what noises my historic house museum makes.

The team at Acoustic Archives describes their business as “a group of audio engineers from New York City dedicated to the acoustic preservation of historic spaces. We find abandoned buildings, steel mills, hospitals, mansions, prisons and try to preserve their acoustic properties.”  They use 3D Murkuri Microphones to capture the sounds of historic places.  How cool is that?!  Some of the sound stories they have captured include the Carrie Blast Furnace in Pittsburgh and the Morris-Jumel Mansion in New York City.

Let’s get this out of the way right now, these are NOT paranormal investigators. Ryan Schimmenti, one of the sound engineers, 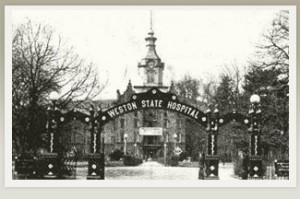 pointedly states in the interview that he is an atheist and does not believe in ghosts.  Though, while capturing sound at the Trans-Allegheny Lunatic Asylum in Weston, West Virginia, there is an oddly ethereal noise that sounds distinctly like a young girl’s voice.   Even Schimmenti admits it was odd and possibly a psychosomatic artifact of sounds layered over sounds. OK, Ryan, we believe you;-)  You can hear the audio capture at this link. http://acousticarchives.com/Trans-Allegheny_Archive.html

So, what is the sonic environment of your historic house museum?