During the course of a week I wear many hats, including those of: history professional, who examines and interprets the past; museum futurist, who tracks emerging trends in areas such as demographics and technology as they will relate to the world of tomorrow; and engaged 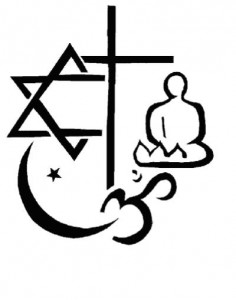 church member, who is more concerned about issues of compassion, justice, and peacemaking than about dogma or ritual. When putting this all together, I guess you could say that I’m a religious historian who attempts to learn from the past because I am passionate about helping to create a better future for all humanity.

A few years ago I read a book that not only helped me better integrate these three aspects of my world, but in many ways was life-changing. The book is, Christianity After Religion by Diana Butler Bass. Although a Christian theologian, Bass tracks societal changes that not only will significantly alter the complexion of various Christian denominations, but of many of the world’s religions. In its description of the book, the Amazon website states that Bass, “exposes how the failings of the church today are giving rise to a new ‘spiritual but not religious’ movement.” Using the tools of a futurist, she explains why the numbers attending weekly services at local churches, synagogues, and temples are dwindling, but emphasizes that this passing of one form of religious expression is leading to a new wave of spirituality that will help shape future generations. In other words, the current movement is not necessarily a rejection of religious beliefs, but perhaps a reframing of them. And, Diana Butler Bass is not the only one tracking these emerging trends in religion and spirituality. Only recently, in my scanning for articles on the future, I came upon a web post from the World of Learning site titled, “Exploring the Expanding Spiritual Ecosystem.” One of the points the article makes is that religious organizations will be recast in the future to support individuals in pursuing customized spiritual journeys.

So, the question now is how will religious historians view this transformation in the future? Will they look at it as the end of organized religion as we have known it for centuries, or will they identify it as the Fourth Great Awakening, as does Bass? And, will religious architecture from the past still be considered sacred in an era when spiritual journeys become more individualized and the definition of sacred places becomes more expansive? The role of history, including religious history, is to chronicle the past as we move into the future. As we enter this new age, it will continue to be important to remember the legacy left by our religious forbearers, but also to embrace the increasing power and potential of spirituality.