The Great Man Tour is Alive and Well (Unfortunately)

The Great Man Tour is Alive and Well (Unfortunately)

Like many of you, I curate a historic site that was founded to promote and promulgate the legacy and letters of a famous dead white guy–the so-called “Great Man” house.  Like many of you, I have struggled to diversify the message, to include women, children, and minority voices throughout the interpretation. What is fascinating is how pervasive the “Great Man” historiography is, regardless of where the house is located. 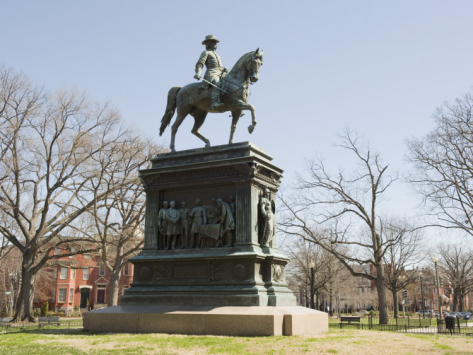 In a recent Google search, I entered the term “Great Man House Museum,” seven million results later I was presented with websites from house museums around the globe.  In Shanghai is located the residence of SunYat-Sen; according to the website, the residence of this “great man” witnessed his enthusiasm and contributions to the Chinese revolution.  The Handel House Museum, really a flat, located in London, England, sheltered not one but two “great men”–George Frederic Handel and Jimi Hendrix.  In 2009, Zimbabwe announced it is turning the home of nationalist Dr. Joshua Nkomo into a house museum devoted to the “great man.”   Jumping across the Pond we come to the Ignacio Barrios House in Carmelo, Uruguay, which has been preserved since 1975 so that the life and history of the “great man” may be appreciated for years to come.  Not to be outdone, the United States and Canada turned up frequently in this search with the term “great man” appearing on dozens if not hundreds of house museum websites.

Ford Bell, President of AAM, was quoted recently in an ArtDaily.com article about Monticello’s re-interpretation that, “historic sites and museums are now reflecting a more multicultural approach, turning away from the ‘great man theory’ that spotlighted only the achievements of Jefferson and other historic figures.”  If that is true, then why are there still so many house museums in America advertising themselves as the homage to the “great man?”  Why do women, children, African-Americans, immigrants, and other “minorities” still feel so absent on tours?  Why are we still giving the dead white guy tour?  I’m not a rabid feminist, but I would like to know what the ladies and servants were up to whilst the men were out saving the known world!

The Lower Eastside Tenement Museum is doing a fabulous job of picking up a bit of the slack and interpreting the lives of immigrants in a sensitive and thoughtful way, but they are a rarity rather than commonplace, though the immigrant experience is one that spanned the U.S. border to border.  Recently, many well-known and well-respected house museums from Dumbarton to Monticello to the Longfellow House have been reinterpreting their houses to be more inclusive of the people who lived, worked, or were enslaved there.  Historic New England pushed the reinterpretation envelope even further and gone for the “great gay man” interpretation at the Beauport House.  This is an edgy move, but one that has worked well for them and is based on primary sources.   But too few sites seem to be up to the challenge of locating these alternate voices.

Historic houses can be wonderful educational tools.   They are THE location where a visitor may be surrounded by history and become immersed in the story.  In an age where we are experiencing slumps in visitor numbers and are frustrated that the majority of our visitors are still middle and upper class whites, why not make the leap and reinterpret?  Why not let the cook or the maid tell the “great man’s” story from her perspective?  Perhaps a new audience may be drawn into our web of history.