The Kitchen is the Heart of the Home: Why the Greenfield Slave Cabins Matter

The Kitchen is the Heart of the Home: Why the Greenfield Slave Cabins Matter

“The kitchen is the heart of the home.” We’ve been saying it since at least the 1890s. Yet for many historic properties, the kitchen is not so much a heart as an appendix – a vestigial organ, often a candidate for removal. In my book Interpreting Food at Museums and Historic Sites, I explore how historic site kitchens are often disregarded as cultural resources; from the earliest days of the preservation movement, kitchens were considered unimportant and often hidden, repurposed, or torn down. News of another threatened historic kitchen appeared on AASLH’s Facebook page this week, causing me to reflect further on what we stand to lose when we treat these important spaces as less than integral. 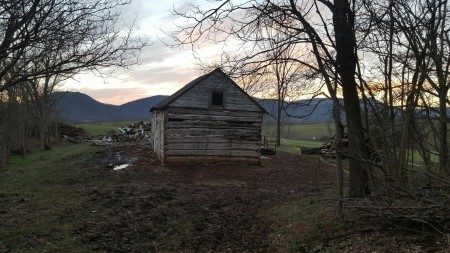 Photo of the cabin via wvtf.org.

In Botetourt County, Virginia, on the former Greenfield Plantation, sit two structures listed on the National Register of Historic Places – one a slave dwelling, the other a two-story kitchen house with residence. The main house burned down in the 1950s, leaving only these two buildings to testify to the complex organization of plantation business. The county, as landowner, is pursuing a 1995 development plan that aims to create a mixed-use business park. The proposed project involves a relocation of the dwelling and kitchen in order to construct a “shell building” (a speculative structure, designed flexibly in hopes of attracting a tenant). Recently, the Botetourt County Historical Society has begun to raise awareness of this threat to site integrity, and is working with the county to explore alternatives.

It’s worth it. The National Register names both structures “significant buildings in their own right.” The kitchen, about 80 feet from the main house site, has two stories and the unusual feature of a deep second-story overhang, rare in the area. The second floor seems to have served as living quarters for a cook and his or her family; it likely also came in handy for cold storage in winter or for curing and drying food. The deep overhang above the front door was practical, probably providing a shady, dry outdoor space in the kitchen dooryard deal for doing messier work – shelling beans, plucking fowl, shucking corn, making soap. A wealth of knowledge about this plantation’s everyday operations is embedded in this structure. 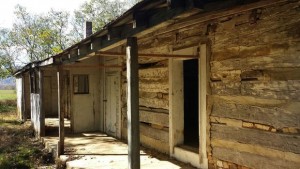 Photo via the Roanoke Times (roanoke.com).

In The Anarchist Guide to Historic House Museums, Franklin Vagnone and Deb Ryan note that kitchens are especially rich spaces, ranking among the three types of domestic room that host the greatest number of “distinct activities.” The regular activities of a plantation kitchen include not only dozens of cooking processes, from fermenting beverages to making cheeses and preserving produce, but also composing medicines, soaps, and solvents; making brooms and brushes; mixing cleaning supplies; catering on- and off-site events; mending and maintaining equipment; and sometimes when possible, music making and entertainment. The life of a plantation passed through its kitchen.

Plantation cooks in the era of American slavery developed elaborate regional cuisines still influencing us today. Recent scholarship is only beginning to paint a clearer picture of their endeavors. Culinary historian Michael Twitty’s blog Afroculinaria chronicles his work surfacing enslaved African-American cooks’ creative ingenuity and sophisticated technique. Toni Tipton-Martin’s recent book The Jemima Code: Two Centuries of African American Cookbooks overturns shallow popular images of African-American cooks under slavery and beyond, restoring their positions as “professionals with technical, organizational, and managerial core values.” Through their work and that of others, historical understandings of the unique roles of enslaved cooks in plantation life are sharpening and clarifying. Yet the structures that can potentially yield the most new information about cooking and provisioning on plantations – their kitchens and dwellings – are often among the most threatened.

Removing the Greenfield Plantation building from its site would divorce it from meanings yet to be discovered in its context. According to the National Register nomination, test pits produced midden refuse and “a wide variety of glass bottle and vessel fragments, ceramic fragments, [and] domestic animal bones.” Extracting this building from its site would cheapen its archaeological value, diminishing knowledge of its thirty-three years of cooking; countless meals for slaveowners and up to thirty-five enslaved laborers at a time are recorded in the surrounding earth, and the relationship between those deposits and the structure itself still survives as witness.

Moving the building would “disappear” the realities of the plantation’s food supply from the site, ending its relationship with the main house location. What cook has not experienced the fluidity of motion in a familiar space, knowing without thinking which cupboard to reach for or how many steps it takes to get from stove to table? At Greenfield, we stand to lose the opportunity to recreate the embodied experience of walking from kitchen doorway to the site of the main house, imagining what it would mean to do so several times daily, carrying baskets and pitchers, sloshing bowls and steaming platters, dirty dishes. Losing the site-specific orientation of the kitchen’s upper floor and dooryard to the morning and afternoon sun would erode the possibility of deeply understanding daily routines dictated by the sun’s position, or discovering the driest and coolest places to store preserved food. A move would break links to the knowledge encoded in the built environment – the ways smoke drifted and smells traveled, the relationship of the stones in the fireplace and the boards in the walls to the trees and rocks in the surrounding landscape, the pathways between the kitchen and the sources of fresh water, garden produce, and firewood.

Concern about Greenfield is beginning to spread. Historian Kami Fletcher, in a blog post for the African American Intellectual History Society, raises concern about the possible erasure of these histories, asking “How are we supposed to learn anything of the Black lived experience – that during this time period was governed by the institution of slavery – if we do not show this lived experience through African American material culture and make sure that this lived experience is portrayed accurately and central to the overall narrative?” Joseph McGill of the Slave Dwelling Project visited the site and spoke to a public audience last week, raising awareness of the importance of preserving not just land and dwellings, but an intact site. 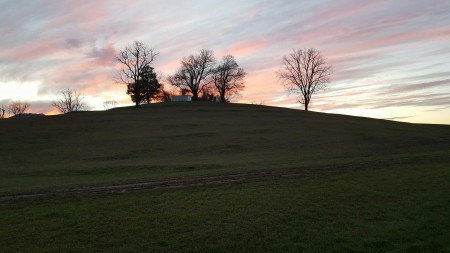 Photo of the cabin via wvtf.org.

A kitchen is always a key to site history. Food is more than sustenance taken to get through the day. The decisions people make about it, the way they structure their environments around it, the people who take charge of its production – these are all human stories that include histories of power, relationships, land use, social roles, aspirations, limitations, resources. The kitchen is a place where raw provisions are transformed into the fundamentals of life, a space that links private lives to the outside world.There are many reasons to oppose the deterioration of the historic value of this property, but the potential contributions of this kitchen and its site to food history research and future food interpretation are among the most important.

Michelle Moon oversees adult learning and develops interpretation at the Peabody Essex Museum (PEM) in Salem, Massachusetts. She is the author of Interpreting Food History at Museums and Historic Sites, published in 2016 as part of AASLH’s Interpreting History Series.