The ghost of Christmas Yet to Be brings Scrooge all of the bad news in Dickens’s A Christmas Carol. Well, today that’s me!

In 2008, the Pew Charitable Trust worked with the Penn Foundation in Philadelphia to create a snapshot of historic house museums in Philadelphia, but the study is applicable across the nation.  What they uncovered came as a surprise to the field.  In America, there are over 15,000 historic house museums. As of December 2014, there are 14,350 McDonald’s fast food franchises in America.  Only 10% of the house museums studied have an endowment to cover operating costs; 80% of them have over $1 million in preservation needs, but the average operating budget is $100,000 or less. 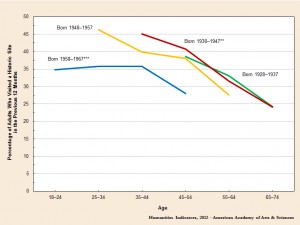 Reach Advisors, a predictive analytics firm that often works with museums, conducted a study in 2010 that found more disturbing trends.  The study found that 37% of Americans never visit museums and that the only group of visitors that is increasing is the age 65 and up crowd. Visitation is dropping across the nation, even at the destination sites like Williamsburg.  This taken with the St. Louis Federal Reserve (FRED) findings, came as no surprise that after the 2008 economic downturn charitable giving took a steep slide.  Giving is coming back up in all fields, except for museums and cultural organizations.

Visitors view us as the DINOSAURS of the museum world

A perfect storm is brewing with historic houses right in the eye.  Some museum professionals and organizations took immediate action to look deeper into the trends.  The Uncatalogued Museum found that people had three primary reasons for hating house museums: 1) There is a lack of connection to the present (irrelevance to the visitor’s life), 2) Who wants to stand up for an hour while learning about a person who is presented to you as having essentially nothing in common with yourself?, and 3) Many house museum tours are focused on material wealth – the best of this, the first of that (the wallpaper and furniture tour).  Additional complaints highlighted were being talked at rather than being talked to and a lack of social history or place-based history.

A movement is taking hold in the historic house community; it was provoked by the authors of the “Anarchist Guide to Historic House Museums.”  Frank Vagnone and Deb Ryan began questioning why house museums couldn’t embrace change and offer what visitors want to experience.  House museums have begun dropping the velvet ropes, discarding guided tours, embracing technology, and hosting historic happy hours with beer and history to lure new visitors. 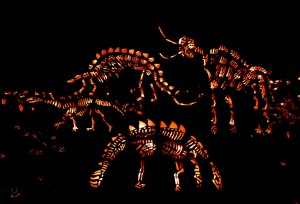 Don’t be these guys!

Beauport in Massachusetts was recently reinterpreted to reflect the fact that the architect who lived in the house was gay. That aspect of his life was entirely ignored because staff was afraid if people knew they would quit visiting.  Their visitation has gone up and results were overwhelmingly positive. Monticello in Virginia began interpreting the history of Jefferson as farmer and naturalist.  Visitors love coming into contact with the heirloom fruit and veggies cultivated on the grounds.  The Whitney Plantation in Louisiana only interprets the history of the enslaved – and they have received great accolades for it. The Revolution House in Rhode Island reopened this year under new interpretation.  The 1697 house told the story of the Wanton-Lyman and Hazard families and was really boring. It now tells the story of Newport during the American Revolution.

Fear of the unknown is a strong deterrent for action.  But we MUST get beyond our head in the sand mentality and be proactive.  Many of today’s ‘successful house museums’ have proactively sought to engage in relationship-building with their local communities—being responsive and relevant to their needs and desires.  The future is upon us and we must adapt or face a fate much as the great dinosaurs did so many millennia ago.