AASLH staff were on hand to witness an exciting announcement on Monday, one that marked a milestone in Nashville historic preservation. Middle Tennessee has a lively local history and preservation scene, and we were very happy to meet with some of our neighbors and help support the history community in our neck of the woods. Nashville mayor Karl Dean and Congressman Jim Cooper were also in attendance, along with Nashville music icons Ben Folds and Jamey Johnson. 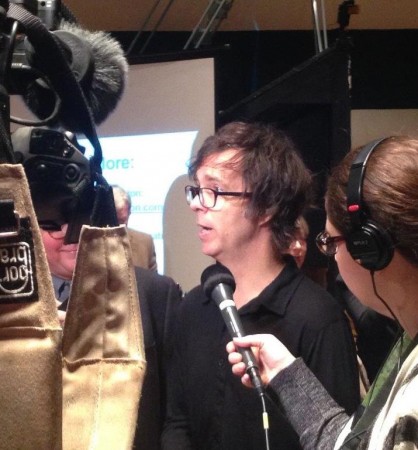 Ben Folds giving a statement to the press

Over 200 preservation advocates and media representatives gathered in historic RCA Studio A (now Grand Victor Sound) to hear the good news that Nashville’s legendary Music Row has been designated a National Treasure by the National Trust for Historic Preservation in Washington, D.C., an AASLH Institutional Partner. We are proud to be a long-time ally with the National Trust on several projects and are excited to have them join in efforts to preserve the history in our own backyard.

The Music Row neighborhood in midtown Nashville has been the hub of the music industry in the city since the 1960s, and contains a number of recording studios, record label headquarters, and other institutions that helped make Music City what it is today. 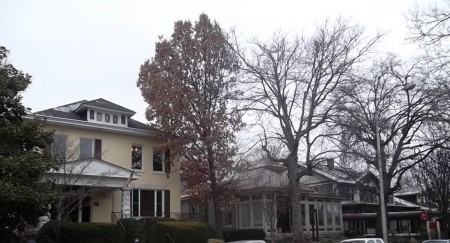 In recent years, the neighborhood has faced significant threats from unchecked development and demolition that compromises its preservation and character. The struggle became nationally-known earlier this year, when RCA Studio A was sold and threatened with demolition. The space has functioned as a recording studio for fifty years and hosted some of Nashville’s most noted artists, including Dolly Parton, Willie Nelson, and George Jones. Musician and studio tenant Ben Folds publicized the studio’s impending doom and what this would mean for the city’s musical and historic heritage. A dedicated team of fans, musicians, and preservations waged a grassroots campaign to save the studio and secured the support of local philanthropist Aubrey Preston to purchase the building and ensure its survival. This highly-publicized event heightened awareness of other threatened structures and imperiled history along Music Row. 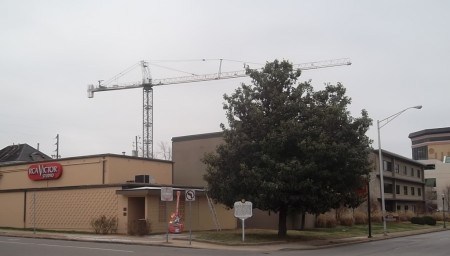 The National Trust is partnering with the Music Industry Coalition, Historic Nashville, the Metro Nashville Historical Commission, and other local preservation groups to research, document, and raise awareness of this significant neighborhood and its need for preservation. Through the National Treasure designation, the Trust is making a powerful statement that this area is central to our city’s identity, in the past, in the present, and into the future. 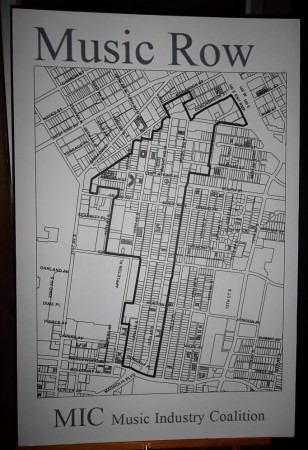 “We’re very excited to be partnering with the National Trust,” said Robbie Jones, board member with Historic Nashville. “They’re offering us their national resources and sixty years of experience, and we get to be their feet on the ground on Nashville.”

This partnership means protection for this essential Nashville neighborhood and confirmation of the power of grassroots advocacy for endangered historic sites. Without the support and concern of music lovers around the world and local preservationists, the foundation of Music City might have been gradually eroded away by unrestricted commercial development.

Music Row’s new status is a victory for all of us, and AASLH is proud to see this effort succeeding in our own city. We’re very excited to see what the future holds for this neighborhood and all of the preservation and advocacy groups that are working together to ensure Music City’s history is preserved and enjoyed for years to come.

What can we as AASLH members learn from the campaign to save Music Row?

Small ripples grew into big waves here in Nashville, and it can happen in your town, too. Help save your local history by raising awareness of its value to your community and creating a strategic plan to ensure it survives and thrives.