Editor’s note: This post is part of a four-part series to highlight AASLH members in the state of Minnesota who are doing unique and collaborative work and are real-world examples of the 2014 AASLH Annual Meeting Theme: Greater Than the Sum of Our Parts.

In 2000, the Morrison County Historical Society produced “Little Falls on the Big River: A History of Little Falls, Minnesota for Kids,” a curriculum for the Little Falls School District. It was a project in which we were to play no more than a supporting role.

Earlier, the Little Falls Heritage Preservation Commission (HPC) received a Certified Local Government Grant to produce a local history curriculum for area students. At the time, when students were learning about local history, they were presented information on Yuma, Arizona. The HPC was desperate to change this, hence the grant. In late 1999, a call for bids was put out by the City of Little Falls. 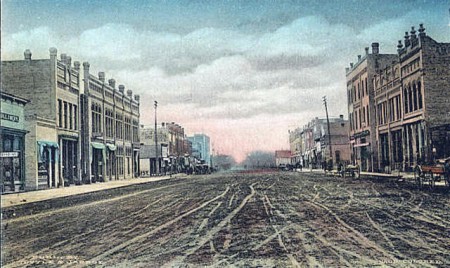 Rich Carlson, City Administrator at the time and local history enthusiast, encouraged MCHS to submit a proposal, which we did.

The HPC preferred our proposals over the others submitted, primarily because the others were using boiler plate curriculum text with only minor local highlights, whereas we promised a unique curriculum based solidly on local history.

The HPC was encouraged by the grantor to select someone else, being very sure that a local historical society could not possibly create a curriculum.

The HPC and Rich Carlson held fast. They wanted MCHS for the job. Museum staff set to work. According to the timetable in the call for bids, we should have written the curriculum within a month. Perhaps this is why the grantor was interested in someone who could produce a boiler plate curriculum. Instead, we started from scratch, working closely with the Little Falls School District to produce a dynamic curriculum it could use in multiple grades. 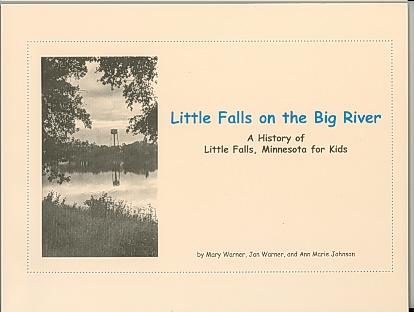 By October 2000, with the assistance of local teachers and a number of volunteer proofreaders, we wrote the 100-page curriculum and laid it out in-house, created a teacher’s manual, and had everything printed and ready to distribute to the Little Falls School District. By the end of the year, we had multiple requests for more copies, some for the high school and some for the public to purchase. We had the curriculum reprinted in 2001, and the curriculum continues to be in use in the school district.