War and Peace: Following the Footsteps of the Huron-Wyandot

War and Peace: Following the Footsteps of the Huron-Wyandot

On Wednesday, September 14 from 8:30am-5 pm, attendees of the AASLH/MMA 2016 Annual Meeting in Detroit will have the chance to attend a unique guided tour called “War and Peace: Following in the Footsteps of the Huron-Wyandot.” and its sites of interest. Tickets are only $55 and can be purchased when you register for the Annual Meeting. More information on tours can be found in the Preliminary Program.

Experience the power of Southeast Michigan’s historically contested lands as you “Follow the Footsteps of the Huron-Wyandot” with Grand Chief Ted Roll and Second Chief Susan Warrow of the Wyandot of Anderdon Nation along with the National Park Service. 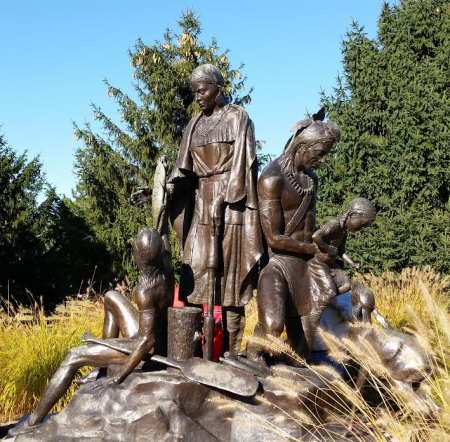 Driven by the vast natural wealth within the native Wyandot lands, European Nations wared over control of the region’s resources for nearly 100 years. Considered the First Nation by indigenous people of the Great Lakes, the Wyandot were held in high esteem by other tribes and carried the honor of being the multi-tribal “Keepers of the Council Fire” where important decisions were made.   On this trip, you will get a glimpse of American history revealed like never before as you visit significant sites leading up to the War of 1812 from a Wyandot perspective.

Your Journey will begin in Detroit, which was co-founded by the Wyandot, Odawa, Potawatomi and French nations in 1701.   As you travel to your fist stop, at Battle of Fallen Timbers in Maumee, Ohio, you will learn about the region’s history from the mid 1700’s through Revolutionary War.  At Fallen Timbers you will walk in the footsteps of Wyandot warriors including 8 chiefs that lost their lives in battle as the U.S. took control of the Great Lakes for the first time in history. 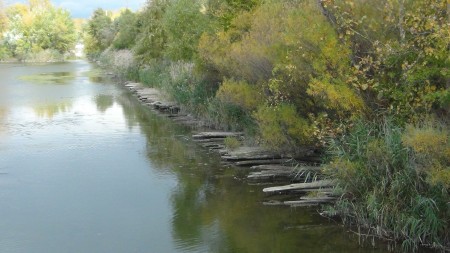 From Fallen Timbers, you will explore the American Indian Confederation’s greatest victory in the War of 1812 at the Battles of the River Raisin.  Your trek will continue along Michigan’s First road and where you will see a 200 year-old segment of corduroy road before venturing to the Lake Erie Metropark’s Wyandot exhibit and visiting the former Tribal Seat of Government, the “Big Rock” or “Brownstown Village” and Brownstown Battlefield.    The tour path will then take you to the Maguaga village (current day Wyandotte, MI) where you will visit historic Wyandot lands, statues, and battle site.  The last stop on the tour will include the historic Springwells site (Fort Wayne) in Detroit should time permit. 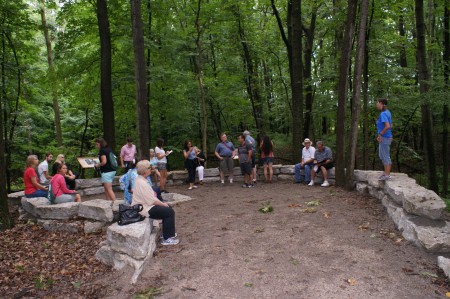 At Fallen Timbers National Historical Site, the Western Confederacy, formed by several Native American tribes, including the Wyandot Tribes of the Sandusky and Detroit regions, fought against General “Mad” Anthony Wayne’s Legion of the United States on August 20, 1794.  The United States had been ceded the lands occupied by the tribes in the Treaty of Paris, 1783, by the British, without the representation or consent of the tribes.  This alliance of warriors from the Western Confederacy tribes started out strong in the battle, however, reinforcements were delayed for various reasons and the native warriors retreated to the area of a fort occupied by the British.  The British who encouraged the Native Americans to defend their land, then offered them no aid in the fight.

Second stop of the tour is at River Raisin National Battlefield Park Battlefield.  This battlefield was the site of several battles, including the Battle of Frenchtown, which was the worst defeat for the U.S. in the War of 1812.  The battle against the U.S. was with an alliance formed by the British and 13 tribal nations lead by Wyandot warriors.   Word soon spread throughout the U.S., and the surprise victory by the alliance was characterized as a massacre, creating an emotive cry, “Remember the Raisin”, becoming the first U.S. wartime rally cry. 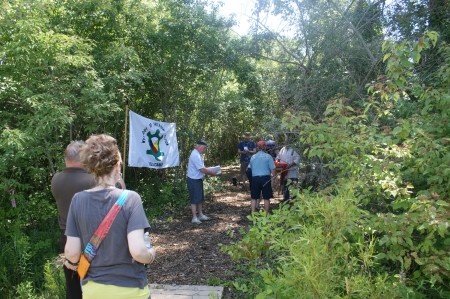 Next on the tour, elements of the Corduroy Road, Hull’s Trace, the supply road to Detroit from the River Raisin during the War of 1812 are discussed at the site the last visible log portion of the road can be viewed.  The Wyandots of Michigan signed a treaty to permit building of the road in February 1809, in exchange the U.S. was to grant them their lands in southeast Michigan in perpetuity in the Treaty of Brownstown.  However, the US Congress failed to sign the treaty as presented to the Wyandot, granting them their lands for only fifty years.  This greatly upset the Wyandot, leading the Wyandot in Michigan to ultimately side with Great Britain and the Native Alliance during the War.

On Wednesday, September 14 from 8:30am-5 pm, attendees of the AASLH/MMA 2016 Annual Meeting in Detroit will have the chance to attend a unique guided tour called “War and Peace: Following in the Footsteps of the Huron-Wyandot.” and its sites of interest. Tickets are only $55 and can be purchased when you register for the Annual Meeting. More information on tours can be found in the Preliminary Program.