AASLH has been giving a lot of attention recently to how we as interpreters use language. “We live by stories,” wrote Nobel winner Elie Wiesel. And so do history organizations and the communities we serve. As AASLH puts it, “Stories explain how things are, why they are, and their role and purpose.” But what makes for compelling, meaningful stories? Part of the answer lies in strong narrative structure, part of it in authentic content, and part of it in our choice of language. To communicate effectively, we need to tell stories that matter to our audiences viscerally and existentially, not just intellectually. As AASLH puts it: “Stories live in the heart, not the head.”

The language in which we couch our stories can make or break them. Some word choices are like sludge, clogging up the works and stemming the flow of interest. Some words, especially denominational jargon, can be opaque, concealing rather than connecting. In contrast, words like “home” and “belonging” and “community” —hallmarks of congregational speech— bring people together. There is little excuse for poor word choice or murky phrasings in our interpretive practice. The felicitous word is almost always at hand: real, lively, concrete, and vivid. But we have to make conscious decisions about every word we use. 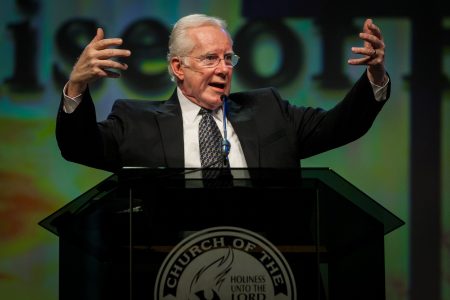 Preaching to the congregation often employs denominational language that helps to distinguish that group from others. Photo courtesy of Jake Guild (https://jakeguild.com).

Making sense of other people’s jargon or lingo is often a challenging task. Some years ago, I worked with a team of people on a Museum of Faith in Louisville, Kentucky. Although sponsored by the Catholic Archdiocese, the museum was intended to embrace the full range of congregations in the metropolitan area, exploring both their commonalities and their differences. As part of our research, we visited many local houses of worship and encountered a variety of clerics, scholars, and religious laity. During our conversations, I began to notice that clergy and laypeople employed quite different languages to describe their congregations.

Clergy and scholars tended to speak in what we might call “denominational” language. They emphasized those aspects of their theology, ritual, and architecture that marked their institution’s particularity and distinction. The most amusing of these was the cleric who told the old familiar joke about Southern Baptists who resist pre-marital sex because it might lead to social dancing. In sharp contrast were the anecdotes and stories of religious laity. They spoke in what we might call “congregational” language. Their discourse emphasized the community of worshippers, their sense of comfort and belonging. The remark that stays with me, all these years later, is “We sing well together.” 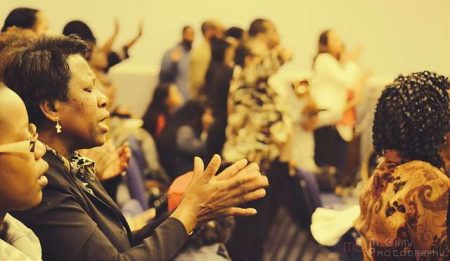 “We sing well together” is the kind of congregational or communal language that encourages inclusivity. Photo courtesy of Montel Gray, MG Photography (http://bit.ly/MGPhotography2 Instagram: @_mg.photo_).

Now, I do not call out these two lingos to make invidious comparisons, nor to prescribe one or the other in our interpretive practice. In fact, most religious sites, and particularly houses of worship, will want to deploy both kinds of language toward interpretive ends. Denominational language can help to situate a site or structure within the landscape of religion in America, while congregational language can be used to make connections with visitors, especially those of another faith. The key point is that we need to be conscious of which language we are using and why we are using it!

That said, many of us might want to reexamine our current lingo of choice. A lot of religious sites go into great detail about what makes their place special. To do so, they fall back on denominational talk. And for many visitors, especially those raised or living in a different tradition, denominational language can have unintended consequences. The most obvious (and most frequent) are boredom, yawns, and glazed eyes. But denominational talk can also make a particular religious tradition look positively exotic, radical, or marginal. Congregational speech, on the other hand, can help to draw visitors into the lived religion of the community that created and used the site or structure being interpreted. The choice of denominational or congregational language —or both— can and should be a conscious, intentional decision that serves our interpretive purpose and the needs of our audience.