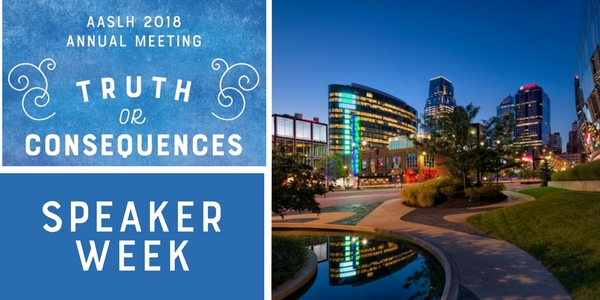 This is the first post in a week-long series spotlighting Kansas City and Annual Meeting topics leading up to the announcement of the #AASLH18 speakers on Friday.

AASLH Annual Meeting speakers come from all kinds of places. Some are from the history or museum worlds, others work in the nonprofit or philanthropic sectors, and still others are witnesses to history-making events in their own communities. They are authors, professors, reporters, historians, and visionaries. No matter their background, they all share a belief in the transformative power of history and a dedication to using the lessons we learn from the past to improve our communities today and to plan for tomorrow. Their inspiring and thought-provoking words continue to resonate with the field.

In the lead-up to Friday’s #AASLH18 speaker announcement, we wanted to share some of our favorite Annual Meeting addresses from past years. These and other addresses and sessions can be found on our Soundcloud and iTunes pages going back to 2007.

Darren Walker is President of the Ford Foundation, the nation’s second largest philanthropic foundation, and for two decades has been a leader in the nonprofit and philanthropic sectors. He led the philanthropy committee that helped bring a resolution to the city of Detroit’s historic bankruptcy and chairs the U.S. Impact Investing Alliance. In 2016, TIME magazine named him to its annual list of the “100 Most Influential People in the World.” In his interview with AASLH Councilmember and 2017 Program Chair Dina Bailey, Darren spoke about coming to terms with historical injustice, American identity and privilege, and the call to lead with courage that cultural institutions are invested with today. 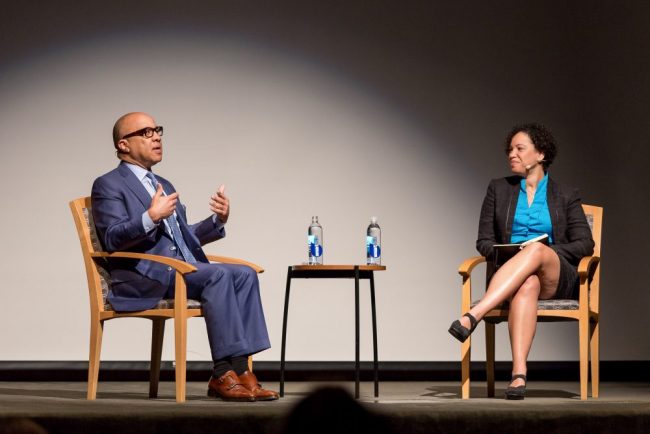 Sam Wineburg is the Margaret Jacks Professor of Education and a professor of history, by courtesy, at Stanford University, where he directs the doctoral program in history education as part of the Stanford History Education Group. His Historical Thinking and Other Unnatural Acts: Charting the Future of Teaching the Past (2001) won the Association of American Colleges and Universities’ Frederic W. Ness Book Award for the work that “best illuminates the goals and practices of a contemporary liberal education.” Sam spoke on the importance of historical thinking and assessing credibility and authenticity of sources in today’s information landscape.

Carolyn McKinstry is an ordained minister and social justice advocate who, as a child, was present on September 15, 1963, when the 16th Street Baptist Church in Birmingham was bombed by white segregationists. Carolyn addressed the audience on the burden and privilege of being a witness to history, the legacy of the Civil Rights Movement, and the importance of forgiveness in confronting injustice and inequality to find a way forward. Her speech took place in the restored church itself, further emphasizing the power of place to create connection, understanding, and reflection. 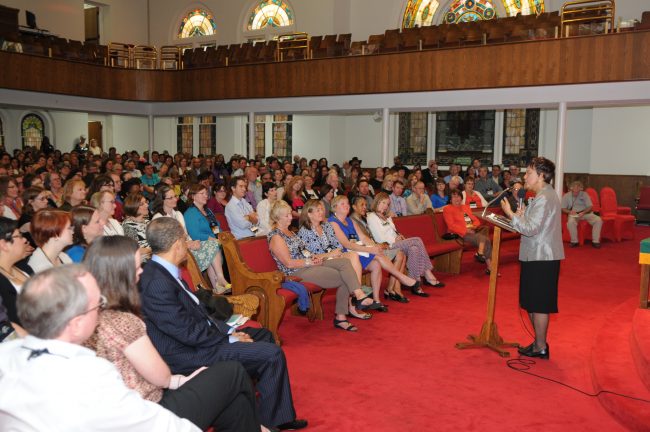 Gerard Baker retired from the National Park Service as the Assistant Park Service Director for Native American Relations. Prior to that position, he served as superintendent of Mount Rushmore National Memorial. Gerard discussed working for NPS as a Native American and the lack of the Native American perspective at many sites such as the Dakota Badlands and Mount Rushmore. He recounted his experience working for sites such as these and the importance of community engagement and open dialogue between tribal members and staff about the histories presented there.

Lynn Sherr is a broadcast journalist specializing in women’s issues and social change. She is the author of Failure is Impossible: Susan B. Anthony in Her Own Words and coauthor of Susan B. Anthony Slept Here: A Guide to American Women’s Landmarks. Lynn spoke about her experiences and challenges as a female journalist, the movement to recognize women’s history sites, and how the historic lessons of Susan B. Anthony and suffrage in America can inform social and political reform today.