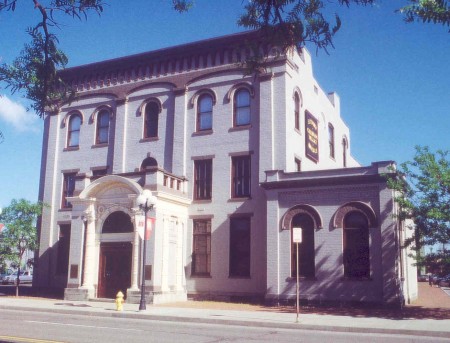 I’m fortunate to have spent my professional career in small museums, such as the Chemung County Historical Society, where I currently serve as director. But with a staff of five and a budget over $350,000, I was surprised to find that we’re officially a “big” museum.

I came to western New York in the fall of 2010. New York State has, by statute, a well-established network of county, town and village historians. They’re local folks with big hearts and a passion for local history. Most of them get an official title and a yearly stipend of several hundred dollars for travel or purchases. Many of these towns and villages also have a historical society running on a few thousand dollars a year and lots of volunteer enthusiasm.

I was delighted when I first found these groups, but how could I help? They aren’t officially part of our county historical society, yet how could I, as its director, ignore them?

The answer was wonderfully simple. The museum world is incredibly generous with its time and talent. As a complete stranger, I’ve called respected peers, leaders in their own areas, and they’ve always responded. And all of our conferences are about sharing our own knowledge and passion.

I discovered that these tiny historical societies weren’t connected to these networks, so there was no professional knowledge or direction. With just a bit of effort, I could do what others had done for me: I could share the collective wisdom of the CCHS staff.

The effort started with simple outreach. One of us from CCHS would attend the local society meetings and tell them about our latest projects. As a gesture of good will, we offered them a free consultant service. One point we emphasized was that the CCHS wasn’t interested in taking over their group; we have enough to do.

Until then, there had been little communication between CCHS and these smaller places. Once we started talking, though, everyone gained a better perspective. It’s not all perfect, but we now work as partners in preserving our region’s history and telling that story to visitors at many locations.

To date, two of the smaller societies have had formal training sessions on collection and archive management; several others have also sought help by phone.

We recently had two more developments. The CCHS recently renovated and updated its exhibit gallery. A small room off the main gallery had long housed our Mark Twain exhibit. (Twain married a local girl and spent many summers here.) He now has more space in the larger exhibit. This smaller room became our rotating space for the other groups to install exhibits spotlighting their communities. As each exhibit changes and opens, we invite the appropriate local elected officials.

We’re also planning an ambitious county-wide exhibit on parks and recreation for the summer of 2015. CCHS will develop and lead this exhibit, with all the small museums, historical societies and historians participating. We’ll work together to identify potential exhibit locations, such as town halls, libraries, parks and schools…and even the local diner.

Our overall goal is to have all the county’s history organizations working together, with CCHS as the gateway, directing tourists, researchers and students to these other resources.

We also plan to have the smaller historical societies participate in our educational programming, by providing additional resources and improving  outreach to schools and residents.

Even if we can’t make all of our dreams come true, we already have a better relationship with smaller organization. This is progress and definitely a step in the right direction.