At the 2013 AASLH Annual Meeting, I attended a great session on revamping volunteer programs. During the breakout groups, the folks in my group all seemed to have a similar question: What to do about that one volunteer that has “Gone Rogue?” 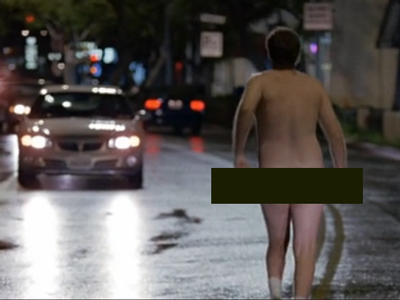 Maybe said volunteer has his own agenda and will not follow your policies, procedures or interpretation. Maybe she has been known to bad-mouth your museum to members of the visiting public. What on earth are you supposed to do?

We seem to be afraid to fire volunteers, because they DONATE their time to us. I mean, how can you fire someone you don’t even pay? There’s also a concern that firing a volunteer will result in negative attention to your institution. Many bad volunteers have been with the institution for years or are well-connected to the community.

But here’s the thing:

A rogue volunteer is doing more damage to your institution’s image IN your museum than they ever can do OUT of your museum.

Firstly, get your HR department involved. Don’t have an HR department? Bring it up with your executive director. Volunteers should be treated like regular staff, and you need to follow proper procedures – documenting inappropriate behavior, counseling them with clear corrective action steps, monitoring progress, providing feedback, etc. And you shouldn’t do it alone.  Make sure you have back-up from someone higher up in the institution.

If all that fails and the behavior is still inappropriate, you are going to have to fire the volunteer. In fact, I just did it today.  Yes, it made me uncomfortable, but we got through it. Here’s what happened.

My volunteer coordinator sent the volunteer a very brief email, asking to set up a meeting. Her wording was perfect, referring only to “volunteer issues” and not saying any more. We had formerly counseled this volunteer three times, and had several one-on-one feedback sessions. We figured he’d know why we were contacting him, and we were right.

Before he arrived, we met with all staff members who interacted with the volunteer to let them know what was happening. We developed strategies for dealing with the volunteer in the event he became difficult, or continued to visit the museum and bother visitors. We had no reason to believe any of these “worst-case-scenarios” would come true, but we needed to communicate with each other and be prepared.

When he arrived, I greeted him warmly. I acknowledged his excitement and passion for history and our museum, and I thanked him for his dedication to the institution. But I didn’t waste any time getting to the point. I calmly explained that we had received more complaints from visitors and staff on the issues we’d talked to him about previously.  I got specific on the current complaints. I reminded him that we had meet with him several times on these issues, and we’d seen little or no improvement. I then thanked him again for his time, but let him know that we could no longer allow him to be a volunteer.

He was upset, so I took the time to answer his questions, again staying firm but friendly. But, here’s the thing. Conversation goes both ways. I listened to what he had to say. The firing shocked him to his core. He begged me not to fire him, and he acknowledged his inappropriate behavior. He asked for more training to bring his actions in line with our policies and expectations.

Despite my cut-throat “fire the volunteer!” stance in this post, I am actually a bit of a softie. I agreed to give him another chance by reassigning him to a different volunteer position. I set clear expectations for his behavior, and we set up a new training schedule. I reiterated the conditions three times and then followed up with a written memo that outlined the new position, our policies and procedures and our expectations.

I am excited to see what happens. If it is successful, my next post will be all about using reassignment to deal with difficult volunteers. If it doesn’t work, then I’ll just have to come back here and remind myself why it is sometimes necessary to fire a volunteer. . .

Want to learn more about volunteer recruitment and management? Check out these resources: