Why Religious History is Essential to a Thriving Democracy

Why Religious History is Essential to a Thriving Democracy 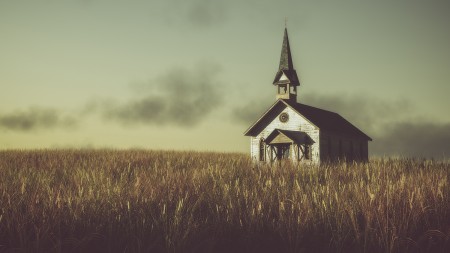 In 1822, Thomas Jefferson wrote a letter to his friend, the noted physician Benjamin Waterhouse, lamenting the irrationality of much of American religious life. “I rejoice that in this blessed country of free inquiry and belief, which has surrendered its creed and conscience to neither kings nor priests,” the retired President of the United States wrote, “the genuine doctrine of only one God is reviving, and I trust that there is not a young man now living in the United States who will not die an Unitarian.”

Jefferson was a man of the Enlightenment. As a believer in progress he could not imagine that traditional Christian beliefs—the Trinity, the deity and resurrection of Jesus Christ, or the inspiration of the Bible—would last very long under reason’s relentless assault.

He could not have been more wrong. 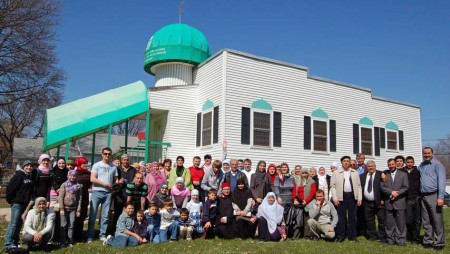 Mother Mosque of America in Cedar Rapids, IA is the oldest standing mosque in North America. It was build in 1934. Photo via mothermosque.org

What Jefferson did not realize from his perch at Monticello was that he was living in an era of intense religiosity in America.  The evangelical revival that historians call the Second Great Awakening was taking place all around him. New religions, including Mormonism, Adventism, Spiritualism and various forms of New Thought and Transcendentalism would soon diversity the American religious landscape like never before. In 1922, the English author G.K. Chesterton would write that the United States was “a nation with the soul of a church.” Following the 1965 Immigration Act, which opened our shores to millions of newcomers from non-western nations, it is probably fair to say that America is now a nation with the soul of church, a synagogue, a mosque, and a temple.

As Jefferson’s miscalculation reveals, there has never been a direct correlation between modern notions of American progress and the secularization of the American landscape. I was recently in Providence, Rhode Island for the meeting of the Organization of American Historians, a gathering of scholars, teachers, public historians, writers, and graduate students who come together each year to reflect upon the history of the United States. The keynote speaker was Yale University historian Jon Butler, one of the last generation’s most prominent scholars of American religion. His talk was entitled “God, Gotham, and Modernity.” (You can read it here). Jefferson would have been disappointed by Butler’s conclusions about religion in New York City between 1880 and 1920.  Butler argued that at precisely the time New York was emerging as a “modern” city—a place seen by many historians to be the “capital of American secularism,” religious belief and institutions were thriving. 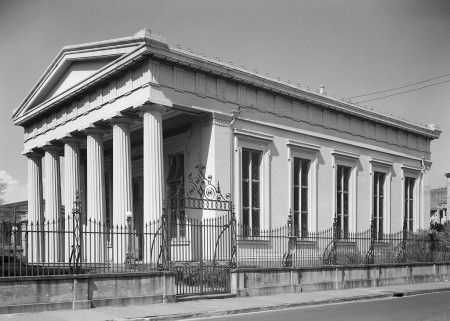 As New York City became a place of progress and secured its position as a global city of cultural innovation defined by increasing pluralism, it was also a place that was becoming more enchanted. Catholics, Jews, and Protestant individuals and institutions were experiencing growth. Modernization brought more, not less, sacralization to the city’s landscape. Religious congregations in this period met not only in churches and synagogues, but in butcher shops, saloons, laundries, and storefronts.

Butler’s study of New York City reminds us that Americans have always used religion to make meaning of their lives. It is a part of the American experience that cannot be ignored. And historians have been getting the message. A 2009 study by the American Historical Association found that historians working in the field of religious history surpassed all other topical categories among members of the organization. 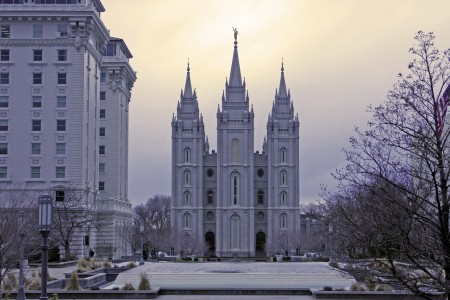 Salt Lake Temple of the Church of Jesus Christ of Latter-day Saints. Built 1893.

One does not have to look very far to see the powerful role that religion plays in American life. Whether it be political debates over Muslim immigration, the recently released 2016 Republican Party platform, or the seemingly never-ending rise of new forms of spirituality, religion is, and always has been, part of our national conversation.

Historical societies and museums need to think deeply about how they will best tell the stories of the religious landscapes in the communities that they serve. Historical organizations do a very good job at commemorating battles, political institutions, and social and economic life, but still have some work to do in showing how religious institutions intersected with these experiences.

The United States is becoming more diverse every day, but as we have seen in this recent presidential election, not all Americans are equipped to handle these changes. The organizations affiliated with the American Association for State and Local History seem ideally suited to assist in this area. 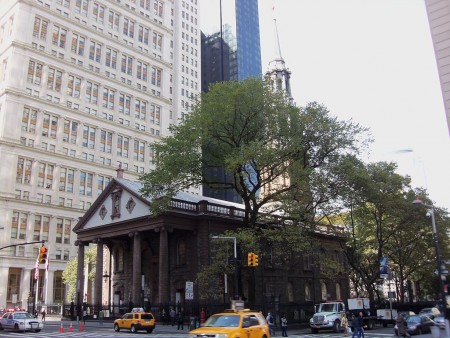 The best conversations about religious pluralism are those that are grounded in history. As I have argued elsewhere, the practice of history requires empathy, the ability to step into the shoes of historical actors in order to see the world from their perspective and not ours.

We need more Americans to encounter the richness of this country’s religious past so that they can make better sense of the richness of this country’s religious present. Such an encounter helps us to be more culturally literate people, but it also inculcates in us the kinds of skills—empathy, listening, understanding—that are essential to a thriving democracy.

John Fea is a member of the steering committee of the History Relevance Campaign.  He teaches American history and chairs the history department at Messiah College in Mechanicsburg, Pennsylvania. John blogs daily at The Way of Improvement Leads Home. You can follow him on Twitter @johnfea1.